Google Chrome corrupting or uninstalling itself 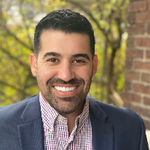 I've had 6 of my Mac users come to me this week with this issue.  The Chrome icon on the dock has a question mark.  Any idea what could be causing this? I had Chrome deploying via the new Mac Apps feature but have since turned it off to see if that could be the issue.  One of the users has had the issue since I turned off the deployment so that isn't the issue.  It's very frustrating

We are experiencing the same, I completely disabled Mac Apps Feature as well.

We have also had a few reports, so i have paused our Mac App update push - but looking at the URL i wonder if it changed (between last week and today) - Does anyone have a screenshot of the previous URL? this is what the Mac App is using now:

same problem here, i currently have a call open with support.

To work around this i have created a smart group which looks the presence of google chrome.app with an app version of N/A (as this is what is reported)

I then have the latest pkg assigned to a policy to install at login on machines which are memebrs of the smart group.

This way the user only notices chrome is missing if they are on the ball :)

The following is the information I received from Support, along with the recommendation to disable the auto-update feature for the impacted application(s):

This issue is a know PI that our developers are aware of and are currently working to resolve.

Description
We've noticed a race condition that occurs when the Google auto-update mechanism is trying to perform the update at the same time as AppInstallers.
This PI was filed per request to track the amount of cases coming into support.

We update the app to the latest version

Actual Results
A race condition causes the app to be updated by both app installers and the auto-update, removing the app from the applications folder in the process.

@gk  was just about to reply with this as just had the same from support.

For anyone who wishes to identify the impacted machines, create a smart group and set the criteria of the Application version to N/A as this is what it reports as once this issue has occured