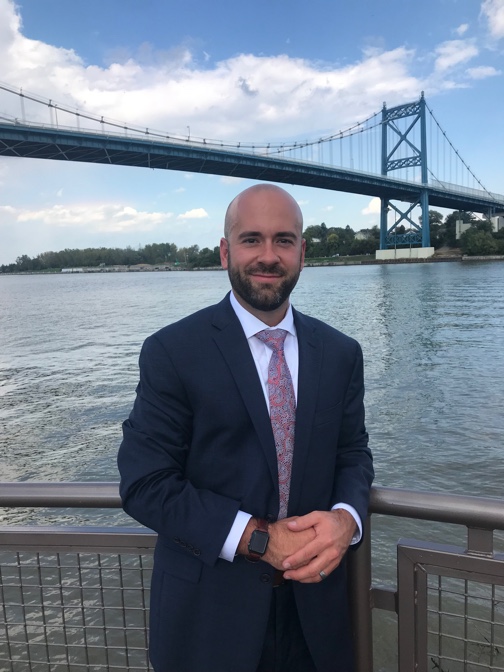 Hello,
PROBLEM: most of our MBP pop solely use wireless network and are never getting alerted when PW is about to expire.

WHAT I HAVE FOUND: On a domain joined machine on our corp wired network, the machine is in a state where it is able to get to AD where it can poll password expiration for users. This is not the case when the device is on our corp wireless. The machine is not getting network access until AFTER a user logs in. I deliver an 802.1x configuration profile to the device with trusted certificates and I am to understand that this profile (which was built using Apple Configurator) installs using a "user" context rather than "system". If delivered in the "system" context, then the device can use the machine certificate for logon. Everything I have seen suggests you must hack the .mobileconfig file (shown here https://ntsystems.it/post/joining-wifi-before-login-on-mac-os-x-108). I tried this several times several ways and have had no luck getting the wireless network to connect at the OSX login screen. Has anyone tried this and had success? As shown in attachment, WiFi not connected with red dot.

We're also using 802.1x with trusted certs and I have the config profile set to Computer Level. it works just fine. One difference is that we are not on Mojave yet. But this configuration has been working in every version since Mavericks.

Thanks for the response. My profile is already set to computer level and my network payload is also delivered with our cert stack. I was unable to get the workflow the way I wanted it with the AD Cert since machine has to be domain bound before the AD cert would apply so I have it deployed separate. Do you mind me asking how your network payload is setup?

I have the 802.1x config profile scoped to an AD-bound smart group. After the initial imaging/enrollment, I have it join active directory (while plugged into non-802.1x ethernet in our lab), then inventory is run to make sure AD membership puts the computer in the smart group. Then the 802.1x profile pushes out to it. It's not always instant, but it is fairly quick. Notice in my screenshot that I have the AD certificate payload included with network setup and all our other company certs (for completeness).

Thanks AVmcclint,thanks for clarifying that. Do you mind sharing what your 802.1x network payload looks like? I'm wondering if you have an identity certificate selected in your profile. We were unable to get that to work correctly. It seems like the key to getting the machine to be present on the network pre-login is within that network payload and network authentication.

@AVmcclint Thanks for sharing, if you don't mind may I ask why do you have 2 network payloads? I'm trying to get login window authentication working.

@AVmcclint Thanks for the info, I setup a test configuration profile with our AD cert as the identity cert and will test this. I couldnt get it working during our jumpstart but worth another shot if you're saying it works for you. We use AnyConnect as our network authorization front-end with ISE backend and the MBPs are set to authenticate on the network using THAT AD cert so hopefully it works.

@j.tanudjaja Not to speak out of turn but I have seen people do this when delivering multiple WiFi profile to devices (like if they have different WAPs for different levels of a building etc) but @AVmcclint may be doing it for a different purpose. Good luck to getting your machines to connect to network at login window!

@j.tanudjaja I have one payload for WiFi and one for Ethernet. @jbjahn is also right. If you have multiple WiFi networks that you need to configure for, you would need payloads for each one.

@AVmcclint I'm unhappy to update that creating the dot1x profile with AD cert payload did not enable the machine to log onto the network at startup (pre login). The way it should work (the way it does on a wired network), it will reach out to our Identity Services Engine (ISE) for an authentication policy and get handed a default policy so it can authenticate. I don't see it even attempting to reach our ISE server for a policy so it's not even able to get to the network association point pre login.

Looks like I'll just be exploring the use of NoMAD to ensure users get notified of expiring passwords.

@jbjahn are you sure, i use 802.1X certs on loginwindow without wired network. I can login with my ad account on my fresh installed machine (not connected to lan) via 802.1X Wifi

@AVmcclint do you find that you have to enter administrator credentials to connect to your WiFi network when you have Ethernet setup in the same profile?

Any help would be great, as I can't seem to figure out why this behavior is occurring.

@stutz I've never heard of that kind of behavior. I have noticed that the exact behavior may depend on your particular 802.1x infrastructure. We recently changed from Juniper to Cisco with some 3rd party access control system (since my first reply on this thread). Even though the configurations on the computers has not changed, the user experience has changed. Under the Juniper setup, both Ethernet and Wifi just worked. Period. There was no prompting for certs or admin credentials once it was setup. Under this new system we have, if a computer is plugged into Ethernet at the time the user logs in, they will be prompted to pick a cert... they pick the correct cert.... then they are prompted again ad nauseum and it never seems to fully connect. If the user unplugs ethernet and waits a few seconds before plugging it back in, it will connect with no fuss. I've been telling users to wait until after they are logged in and at the desktop before connecting to ethernet.

I used to think 802.1x was 802.1x. This experience has opened my eyes to a whole new reality. Unfortunately I'm not knowledgeable enough about networking to fully understand what's at play. As long as you have your config profile set to AutoJoin, in theory, you should be OK. But I'm willing to bet there may be some settings on the 802.1x controller side that may need to be massaged to smooth things out.

The only other thing I can think of is to make sure your AD Cert payload is not set to prompt for credentials and do allow access to all applications. (checking the box for Automatic Renewal may also be a good idea. This was a recent addition but i've been handling it with a shell command)

Thanks for the response. I checked the profile and those areas were already set to your suggestions. I'm thinking it has to do with our network settings as you also suggested because if I strip the Ethernet settings from the configuration profile I can connect to WiFi without having to enter admin credentials or select a device certificate and it works on the login screen.

On your cert server, where the mac's go to get their machine certs, do you have a 'computer' template set up or a 'workstation' template? For whatever reason ours does not. This is a mainly pc shop, and I believe the pc's get their wifi certs through sccm/ad. Was going to create a 'computer' template (i can see the requests/denials on the CA server), but wasn't sure if that's how others have it set up. I'm going to work with our inf eng team to figure it out but wanted to ask in here as well.