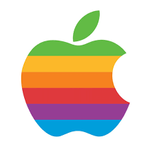 I have a new M1 MacBook Pro, which I rolled out with DEP. English was selected in the language selection at the beginning of the Mac installation. I changed the language to German and then continued the installation. FileVault is enabled via jamf Connect Login Configuration Profile. Now I have the problem that the language was not changed to German on the login screen and the keyboard layout is still set to ABC. (But the language in macOS is German.) If I switch it to German, it's back to ABC after the next restart. In the past we were able to solve the problem by performing a macOS update. After the update, the language on the login screen was German again and the keyboard layout remained in German.
sudo languagesetup -> 13 did not bring anything.

Does anyone know the problem and has an idea?