Best part: Addresses an issue that could cause Macs bound to an Active Directory server to become unresponsive at startup

Glad they fixed that AD startup issue. Hopefully the Combo Update goes up on the support page soon.

edit: Speak of the devil:
https://support.apple.com/kb/DL1804?viewlocale=en_US&locale=en_US

Yayyyy! Now all I need is the full install from the App Store so I can make a new Netboot! 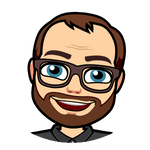 Full install is on the app store now.

I'm still going to sit and wait for a while to see what people report after updating. I like my 10.9.5 environment

Got my 10.10.3 NBI building in AutoCasperNBI right now. The latest AutoDMG worked fine for me despite the update message.

fwiw, the AutoDMG update profile has been updated.

Wheres my emojis so I can thumbs up this hahaha

Using AutoDMG 1.5.3 with the Yosemite installer for 10.10.3 14D131, I cannot seem to build a new image. After getting through most of the install, I'm getting lines like:

Did you make sure to hit ⌘-U to get updated profiles?

@pcrandom AutoDMG 1.5.3 built a 10.10.3 14D131 image just fine for me. Yes, you can press Command-U to get updated profiles, but there are no additional updates needed and therefore the profile won't make a difference. (Whether that remains the case in the next few days is another question.)

Make sure you're running AutoDMG from a Mac that's also on 10.10.3, would be my advice.

(I thought I had successfully built images in AutoDMG using a mismatching minor OS version on the "build machine" as long as the major OS version was the same in the past. And when I hadn't been able to build an image because of version mismatch I did not recall getting Invalid CSStoreUnitID errors. When I searched for the error, the only hits pertain to Chromium builds errors. shrug)

@bentoms That's really weird. No matter what, I could not get it to create a 10.10.3 image on a system with 10.10.2 (two attempts, rebooted in between, one with additional packages, one just the OS).

In fact, I decided to leave AutoDMG running, repeating the Invalid CSStoreUnitID error over and over again, on my third attempt, to see if eventually it would complete. I have horrible bandwidth at work, so at the same time I started the 10.10.3 update on the same machine. It was going to take half an hour to download delta update and so I switched back to AutoDMG's log window and left it up.

A little over a half hour later I noticed the log window was no longer repeating the Invalid CSStoreUnitID error and it finished building the image a little while later. I was confused until I realized that the system had finished updating to 10.10.3 and even though it hadn't even had a chance to restart yet, just installing it was enough to get AutoDMG out of its rut!

(To be safe, I rebuilt the image after restarting.)

For some reason, After creating a 10.10.3 dmg with AutoDMG and place it in imaging, it fails to place the Recovery HD.

EDIT: Recreating the dmg using AutoDMG on a 10.10.3 machine doesn't seem to make a difference. The Recovery HD doesn't get laid down. Also, I'm running casper 9.63

Spinning up a fresh VM from the new Apple Store OS X Yosemite installer app to confirm it's not a weird recovery HD update issue. Will report back findings tomorrow.

Yes, 9.63. I don't have my environment ready to go to anything higher currently. Might be able to update tomorrow evening. Change management processes to go through.

FWIW, not using Casper Imaging (yet!), the 10.10.3 AutoDMG-generated image went over fine using DeployStudio and did install the Recovery HD onto an early 2015 13" rMBP.

I had 1 out of three Macs (1 2015 retina, 2 2015 Airs - same model) that had a funny issue applying the Recovery HD with the 10.10.3 AutoDMG installer. The other two applied it without problems. In the case of the problem Air, formatting the disk using Disk Utility prior to imaging resolved the issue.

I've had this problem in the past. I thought that was the issue. I wiped to test but to no avail. I've tested on the following models:

None came down with Recovery HD.

Try Casper Imaging 9.65. I'm in the process of testing right now and will see what I end up with. You don't have to be on JSS 9.65, I have clients still on 9.63 JSS and using Imaging 9.65 with zero issues/better functionality and reliability than with 9.64 or 9.63 or earlier.

9.7 has changes to install Recovery automatically, so perhaps something is broken there.

Anyone seeing issues deploying the 10.10.3 combo via Self Service? I am seeing it hang up on "cleaning up" and not rebooting, though it looks like the install is done in the install.log. Same package works like a charm locally in the GUI. I have the policy set to install the 10.10.2 combo and reboot immediately.

@dgreen Sort of similar issue seen with applying the 10.10.3 update as the final stage of our imaging process. Netboot with Casper Imaging 9.65 puts down 10.10.2 autoDMG made OS and reboots with lots of after reboot pkg and scripts. The final script is to run Apple Software updates. It appears to do much of the 10.10.3 update but hanging and not doing the expected final reboot. I can see Photo.app is in place, but can't open console or activity monitor. For now, I've removed the software update script from the end of the configuration.

I suspect I can include the script again once I update our configuration to include the 10.10.3 autoDMG.

Created a Netboot image using AutoCasperNBI and an OS X 10.10.3 DMG using AutoDMG. Everything worked fine and the recovery partition showed up fine.

Thought it would be wise to move the Netboot discussion.

Ok, so I can confirm that either installing the combo update via Self Service or running Software Update via Self Service coupled with the "Reboot Immediately" item WILL NOT reboot the machine, and results in a barely functional machine until a manual reboot. No bundled apps will launch, and any you try to launch will prevent a manual reboot until you force quit them. This is JSS 9.62.

Running Software Update from the command line (softwareupdate -ai) seems to work fine, as does running them from the App Store.

Any thoughts as to what could be causing this? We really need to be able to point people to Self Service for updates as we have done in the past. Our branded Self Service app is front and center in terms of the Mac Teams visibility, and not being able to use it for the 10.10.3 update breaks our successful run of offering both specific OS updates and being able to kick off Software Update.

Suggest opening a ticket with support. I've seen some hangups on a logout policy with just running softwareupdate -i -a (pointed, via configuration profile, to an internal server with updates enabled). I suspect the FirmwareUpdate.pkg may have something to do with this...

I cried when I read the apple release notes...

Yeah... I am testing a few more things and then i'll file a ticket with support. We really like to control what users are allowed to do what via Self Service, and if we can't on this... well...

why not just add a reboot via the policy?

Oh I have, both the built in reboot options in the policy, and /sbin/reboot command. Neither execute a reboot. I see in the logs that the policy completes and blesses the system, but it hangs there and never reboots.

I am going to walk back my saying "softwareupdate -ai" works properly as well. While this method does grab the updates and installs them, once its finished and gives you the "You have installed one or more updates which requires that you restart your computer...", if you don't reboot and try to launch any of Apples included apps or utilities, they never launch and must be force quit before you can manually reboot. This is the same result as installing the combo update via Self Service or using a policy based Software Update kickoff.

I had one out of 43 users that updated run into the bouncy-dock-no-load weirdness after the combo update. Had him boot into Recovery, do a disk fix and permissions check/fix and he was back in business afterwards.

Yeah, thats what I am seeing with any method but the App Store method. A manual reboot brings the machine up as expected on 10.10.3.