If I run it on a system with out activation lock enabled it does prevent the user from enabling it. But would like to also disable activation lock on systems that people have logged into their apple id and enabled find my mac.

Thanks. Where is this file located?

its a plist config you will have deploy

you do this at the prestage before it becomes a problem later.

Yes that is ideal, and we have changed our prestage to enabled the block but that is not what happened originally so we have quite a bit of systems that activation lock is now enable because users logged in with their apple id and we want to disable it on those systems (along with preventing users on other systems from enabling it.)

Your going to have to open a ticket with apple to remove activation lock. Then wipe and re-enroll macs via prestage with prevent turned on. 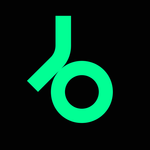 I'm running into the same issue, it seems that once a user has Activated the devices on their personal account it's locked to it even when I tried to remove the Lock by reseting the values.  I even tried using the Activation Lock Bypass but that doesn't seem to work.  I get the following message "This Apple ID is either not valid or not supported" then an operations error "This operation could not be completed (AKAuthenticationError -7003.)".

Our Apple rep told me that Jamf needs to fix this, as the Activation lock stuff gets managed via the MDM and Apple takes the MDM requests for removal/deactivation as priority over a users personal icloud setup.

Anyone else have any other idea howe to clear a device attached to Find My?

If its an iPad or iPhone you can wipe and then use the account that you used the assign the device in Apple School manager to your MDM to to unlock it.

On the mac there is no device activation lock only personal so you cant unlock it with out the user logging in and turning off find my mac or getting apple support to unlock it.

Thanks.. we have now set pre-stage enrollment as well to disable the activation lock too, thanks for the tip to send the prevent and disable to all the other devices, so if someone hasn't yet done it, they won't be able to.  We do not provide or really have much need for apple id's and we don't recommend that users use their personal ones on company hardware, however some do anyways.