iPad in infinite setup loop after update to iOS 13

We have hundreds of student iPads enrolled and managed with our JSS. I've had a few situations this morning where after a student updates their iPad to iOS 13, it boots up to screen saying "Update completed" - when they click continue it very briefly says installing the config for our organization then quickly jumps to the the chaos dark or light mode screen. When they make their selection it jumps back to the "Update completed" screen and ends in an infinite loop that you can't get out of, even after a restart of the device.

Anyone seeing this? Found a solution? Suggestions?

I updated about 24 iPads and I have one that is doing the same exact thing as you described. No clue as to why. Going to try and wipe and reinstall.

I was forced to use Apple Configurator to perform a Erase/Reset all settings on the iPad which solved the issue.

I have an open case with Apple and the Apple tech I spoke with is going to communicate the information I gave him to engineering. Our organization has many iPads and we don't want to have to take these steps often. I hope Apple fixes this with a new IOS 13 update soon.

@kingcj We have the same issue here, looking forward to your answer from Apple engineering.Thanks

Not a great solution, but I'm told this works...

Better than going through Apple Configurator 2 and wiping and resetting up.

@ j_carroll Thanks Carol, It works for me.

That's wonderful - we paused iOS 13 on our student iPads because of this, but I may start letting it go again if this seems to be a solution.

We enabled it on Friday, and we've had zero reports of this problem so far. We'll see if I stay lucky or not.

We have this update being deferred for 30 days, has anyone noticed anything else that does not function well since updating? Testing on my device everything mission critical seems to be running just fine.

Not sure if this is relevant but I've found that I'm unable to restore up to 13 without ensuring whatever device I'm using is iTunes 12.10+.

Apple has responded to my open case with the following. I am not yet sure of Jamf's status with regard to this issue:

We do not have an ETA on this issue to be resolved. We have determined that the issue is based on the MDM and how its managing the setup screens. We can not reproduce the issue using Apple Profile Manager (Apple's MDM) so we hope that Jamf and other MDM service provider resolve this issue as soon as possible.

We have 600 iPads on iPadOS now. We have not had this issue on any of them.

I've seen this issue on two of our iPads in the last week that updated to ipadOS 13. 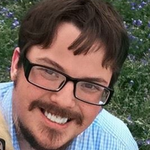 We've seen this happen with a few after being enrolled using Apple Configurator's Automated Enrollment via DEP. The device gets to the Privacy screen and ends up in a loop going back and forth between the message that the device is being configured by our organization and then immediately goes back to the privacy setting. The only way I was able to get out of this was to change the PreStage Enrollment to skip the setup steps and go straight to the home screen after the device enrolls.

We have the same issue appearing with AC2 when iOS 13.2 was released. Using Jamf 10.15.1, we are look into updating our PreStage setup screen options to remedy the looping.