I've been waiting for the Jamf App Installers feature for awhile now. I think it's great! Some issues though I've run into that should be addressed in the future:

-Google Chrome crashes if the app installer pushes the update in the background. A user will click new tab and it will say "crashed". This needs to be more graceful. Either prompt a message to close the app in notifications, or allow deferral control... something like how Installomator does it.

-Allow the same scoping that policies and config profiles use. It would allow more than one smart group to be targeted.

-Logs section for the installer

-Allow triggering events, especially useful during DEPNotify. I currently use Installomator, but App Installers could replace the need to do that if it was able to be triggered by event for the first install.

-Allow for Gradual Rollout. Create the ability to gradually roll this out in automated rings over a set time period (3 days-1 week?). This way a bad update won't hose thousands of systems.

-Allow a Rollback package. Keep one instance of the previous App pkg to do a one click revert.

Agreed with this. We are having the same experience with Google Chrome in our very limited testing.

Notification integration would be nice as well. In fact, wasn't that originally advertised as a feature?

I'd love to see the ability to scope these to Self Service, instead of a mandatory installation. Basically, just add the ability to select an app from the managed list as part of the package tab on a policy. (Then you could also include any additional packages you need to upload yourself, such as the volume license serializer for Microsoft Office.) 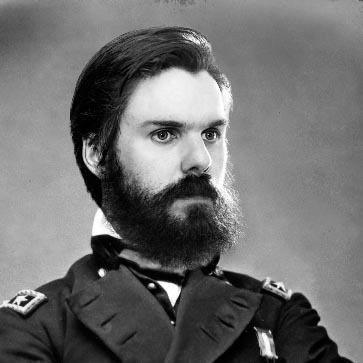 What version of macOS was Chrome crashing on? I was testing this on 12.3.1 and the new version was deployed to me, Chrome worked fine as usual until I quit it and reopened. Relaunching Chrome ran the new one and had I been an end users, I would never have noticed that Chrome updated.

Several versions including 12.3.1. Each new tab said "crashed". Closing and reopening fixes it but many users were concerned since there was no notification and didn't think to re-launch.

I am experiencing an issue with Google Chrome Updates via Jamf App Installers as well. I am running Mac OS 12.4 and every time the Jamf App Installer updates Chrome on my MacBook Pro, Chrome is uninstalled, but no update is installed. The app icon in my dock shows a Question Mark and the application shows 0 bytes in the App Folder. I then have to move the app to trash, go to the Chrome website and reinstall it on my MacBook.

My users are experiencing the same issues...happened on my production MacBook recently and haven't found a way to fix it without reinstalling manually or through a separate policy.

If you show hidden files you can see the Jamf App Installers folder with Chrome in it waiting, but as soon as I closed Chrome, the folder disappears. Version number shows "n/a" in Jamf record.

Guess it's time to roll back to packaging Chrome myself until this is figured out...