How do you get SMB network shares to mount using Jamf Configuration Profiles, under macOS Mojave 10.14.5? All that I have seen is various bash and AppleScript scripts. I was looking for a way to mount the shares without resorting to scripting. 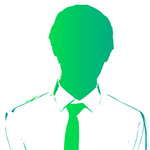 I'm working at the university Erlangen-Nuernberg. We developed a tool to mount network shares via predefined Configuration Profiles. The tool (written in Swift) is started by a LaunchAgent at every network change (for automatic remounting) and when a user logs in. This is done in the background, without any user interaction.

We recommend the use of kerberos tickets or mount the shares once manually to store the password in the keychain. That's because we don't want the user to be messed up with any message.

The default mount path is in the users home. We also created a policy to add the folder (~/network share) automatically to the users dock. That's easier for them ;)

You can find it here: https://gitlab.rrze.fau.de/faumac/networkShareMounter

We just released the new version of the Network Share Mounter (v2.0.0). It's a whole new app - living in the menu bar of a user. Here are some of the new features:

To our repository: https://gitlab.rrze.fau.de/faumac/networkShareMounter
If anyone has a question, problem or feature request, please feel free to contact us.

I ran into a problem here, the home drive is mapped without a problem. but all other shares that were distributed via config profile as given in the example seem to be ignored.

do you have any idea here ?

This may not be optimal for your situation, but we use NoMAD to auto-mount SMB shares dynamically with a NoMAD Shares profile (AD environment here). I think Jamf Connect can do the same thing as well.

We never really got a configuration profile consistently working for this.

For years we used MacMule's very useful script here but more recently we map network shares via NoMAD, and it works very well.

@mark.mahabir Do you ever see duplicate (or "zombie") SMB mounts in /Volumes with NoMAD?

@dstranathan I have seen a little bit of that in the past, yes. But nothing recently!

@dschupp I have done exactly all as you described in the GitLap and also here, unfortunately it does not work, do you have a solution?

@dstranathan how did you NoMad Shares get to Work ?

@SebastianH It's a MDM configuration profile (menu.nomad.shares) that contains a list of AD groups and a list of corresponding SMB shares basically.

Example of some of the NoMAD Shares options:

Automount = yes/no. Yes means that MoMAD mounts the SMB shares dynamically if the domain is reachable.
Groups = An array of the AD group(s) that are allowed to access the SMB share.
Name = The label that appears in the NoMAD menu.
URL = Example: smb://server.domain/share

Refer to these NoMAD Shares docs

I didn't saw your first post, .. so sorry for my late reply. In that case it would be easier to create an issue in our repo.

Is it possible for you to post your profile here? To get a status code of the binary you can trigger it with the cli. ig:

[@dschupp ]
i think i found the issue, i just changed smb://server/share to smb://server.domain.com/share and it works 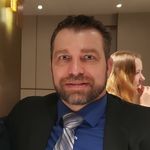 Hello, I am having an issue getting devices to use the menu.nomad.shares.plist that is pushed down via a config file.  I can see the config file on the device.  But, when launching nomad no shares are mounted.  I am not sure what is wrong.  When I use the plist manually by placing it in the preference file for the user it works as expected.

You might be able to reach out to Jamf regarding this issue, and there is a #NoMAD channel on the Mac Admins Slack too. Since Jamf Connect and NoMAD are similar in their SMB mounting configs you might find info there too.