I just released a project that I've been working on for a while, and mentioned during my JNUC API talk, that utilizes the JSS API to automatically merge changes that are made to git repositories. Effectively version controlling aspects of the JSS. I have included two git hooks, one to manage Extension Attribute objects and another to manage Script objects.

I hope the JAMFNation community finds this useful. It requires JSS 9.62 due to required API calls.

UPDATE:
Unfortunatley, I was asked to pull down this repository for internal reasons. And, shortly thereafter, I transitioned onto a different team and no longer work with the JAMF toolset. I had hoped that my old team would have been able to Open Source this in my absence, but it doesn't appear like they have been able to, and I'm not at liberty to do so at this time. My apologies to everyone still looking for this. I know there's a few copies floating around prior to me having to pull it down, and it was released under the BSD license which allows redistribution, with or without modification... 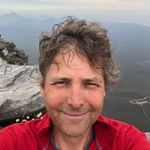 Josh this looks fantastic. Thanks for sharing.

Awesome! Is it designed to work with a single JSS or can it be used to control lots of them?

As the provided hooks are currently written, it is designed to control 2 JSS per repository: a testing/staging JSS tied to the 'develop' branch and a production JSS tied to the 'master' branch. It would be relatively trivial to add additional JSS/branch associations. But, if you intend to manage multiple production JSS instances, I would have different repositories for each production environment. You still only need one 'git-ception' repository which can control all of the multiple script and extension attribute JSS repositories. You just need to name the hooks correctly so that they are copied into the correct repositories on your server.

Cool, thanks for the info. Looks very interesting.

Does any one have a copy of Git-ception @Josh_S I notice its gone from the github.

@Josh_S Does this repo still exist? I'm getting a GitHub 404 error when I try to reach the project page.

@mrowell or @davidacland, might you still have copies of this repo or this work anywhere that you could share out? Looks like @Josh_S hasn't moved it to the new Expedia repo yet.

Any word on this or pointers on it? Would really like to integrate this in our environment.

I know this is a bit old, but would be interested to see how folks integrate with Git or other version control.

Long shot, but, does anyone still have a copy of this for reference? TIA

We came across what looks to be a different repo (but does the same thing) here: give it a once over and see if that works for your needs: https://github.com/BadStreff/git2jss/