Adobe Flash Player Distribution site going away in Jan. What, if any, are our options?

These installers are the only way to distribute these updates silently. Does anyone know an alternative?

I'm pretty sure they are just moving the site to a different URL. I re-requested a valid license for download/install and the URL changed to one with an AuthID at the end. I'm guessing this is a way for Adobe to better track who is downloading and how many copies are being distributed. If you go through the licensing you'll get your own unique URL to download from. The license request is no cost.

As @emilykausalik said, signing up has no cost.

We signed up and were approved within two business days. We now have a customized URL with an AuthID at the end, it's more than likely for tracking reasons.

For those of us who use autopkgr, any tips on getting our unique URL working with an autopkg recipe?

I have a similar question as @emjay on this. I have scripts that can update Adobe FlashPlayer using the distribution download URL, so my guess is my script will break once this change is made, and anyone using it will need to plug in their own unique URL to the script. I know other folks, like Rich Trouton have similar scripts, so I'm not the only one in this boat. And then there is AutoPkg, as mentioned.
I'm sure this will all get sorted out eventually, but I find it frustrating that Adobe even requires anyone to sign up to get a regular package install for a free piece of software. All this could be solved if they would just publish their updates in pkg format to begin with instead of stubbornly insisting on using Air based installers for the regular download link. But that's Adobe for you.
Anyway, Adobe is encouraging developers to move away from building content around Flash, so hopefully it will just disappear eventually anyway.

I received my link and auth code in two hours : ) and I am in the same boat we need to update the follow with our new download link : )

I think the new link just takes you to the landing page to not the full URL : (

@itupshot Here's what I did.

I got tired of checking for Flash updates every week, and repackaging them when they came out.

You know how, when you're installing Flash manually, it asks if you want to allow Adobe to install Flash updates automatically? It's the default option, and you take it, and that computer will automatically update Flash from then on.

But when you deploy the Adobe Flash package, that option doesn't get set by default. So the computers don't automatically update (but they will complain when Flash gets out of date).

It turns out that when you set the "Allow updates automatically" option, what happens is that the file at /Library/Application Support/Macromedia/mms.cfg gets this line set: SilentAutoUpdateEnable=1.

What I'm doing now is deploying a package containing that file, with that option set. The file only contains two lines:
AutoUpdateDisable=0
SilentAutoUpdateEnable=1

When I image a computer, it's getting the last version of Flash I downloaded from Adobe -- I think it's an early 19.x.x.x release. Then it gets the mms.cfg, and Flash auto-updates from then on.

You actually do not even have to deploy a PKG file to drop the mms.cfg. You can simply do it through the Execute Command on the Files And Processes tab of a policy:

That is to disable auto updates, so you'd simply need to change that if you want to allow updates.

Why not autopkgr instead of importing manually?

That is great !! I am guessing you run that once a week?

Yes, we also configure the mms.cfg file for auto updates here, but this still doesn't address the issue for those environments where enabling auto update "anything" is a no-go. Some places simply can't do this and need to test every single deployment, which then means doing something like manually downloading, packaging (if needed), uploading to Casper Admin, then deploying in stages/testing, and finally to the entire environment. Or, use AutoPkg/AutoPkgr for a more automated workflow. In the latter case, its going to be interesting how it will be handled going forward with the change from Adobe. As far as I knew, AutoPkg has been using the one distribution download link that we all used to get to pull down the latest version, but I may be wrong. Maybe its pulling it from some other link now. I know it uses the update xml URL to check on the latest version information, which is super easy to get info from. Hopefully that won't be changing also.

@gachowski No, I only run that when I apply an update to Flash. I have AutoPKGr drop the update into the JSS and then I have a policy that I just change the PKG file on and then flush the policy. I use a SmartGroup to scope to and just change the version the SG is looking for.

Bit dull, but everyone will be able to have their own override file if using autopkg.

For examples of overrides, Graham Gilbert has a bunch on Github.

A bunch of Graham Gilbert's Overrides

Guess you'll need to override the URL with your own unique one, unless it requires password

So looking at the new links, an override probably won't cut it. However, what is the point in the unique download link?

Going to your unique link provides the download site. Each subsequent link on the download site for the installers is followed by a generated value "adobedist=". However, if you remove this part of the link, the links work anyway.

So there isn't anything unique required.....yet.

It's probably to keep track of who uses the Adobe distribution site. Eventually, it will be required to have a unique download link.

Of course, but at the mo no panic

I've been using mm2270's script for several months, sorry to hear this will likely break it. @stevewood I really like your one-liner, and don't have a problem enabling auto-update in our environment. However, I do not have an existing mms.cfg file in my installs (possibly because of using the script mentioned?). When I run your "touch" command, the file gets created, but is empty. I had hopes running it again would put the flag in there, but it does not - size remains zero bytes. Any thoughts appreciated?

@dmillertds I would verify the touch command to make sure you are piping the echo command properly. I just tested that one liner and it created the file and populated it fine.

Can you copy and paste the command you are using so we can look at it?

I double-checked that the quotes didn't change to curly-quotes, etc. - can't see anything wrong with it. But thanks for confirming it would create the file if it needs to. I can play around some more with it.

As long as the command is being run by root, as it would in the case of a Casper Suite policy, it shouldn't be necessary to touch the file first and then echo data into it. You can do it in one shot, like:

But, it does need to be done as root to work. Even if you just do a sudo in front of the above as an admin level user it will fail. But open a root shell sudo -s and then run it again and it will create the file and add the contents in one shot. That should also work if run via policy, but you'd need to test that to be sure.

Also, I wouldn't be too concerned about scripts no longer functioning. I haven't gone back to some of mine given the changes to this yet, but I plan to. I don't doubt it will be possible to get it working. It will just need your own custom URL added to it once you sign up with Adobe to distribute Flash.

Just because I thought I'd experiment over the last hour with it, here is some code for anyone interested in getting a download of the latest Adobe Flash Player package installation, which can use your very own unique download link you get now when you sign up with them. Not very thoroughly tested, and I'll need to test again once the official change from Adobe happens later this month, but for now this works. Its just some base code with no error checking to speak of going on, so it'll need to be fleshed out a bit to account for errors, timeouts, possible corrupted downloads and so on.

To use it, simply plug in your full custom distribution download URL in place of where it says "put your full dist url here"

Not to be flippant, but why not just relegate Flash to Chrome and let Google worry about updating it?

I treat Flash like Windows: keep it contained in a different box from everything else.

Looks like I'm using the same script as you to auto update flash player on the macs I manage.

I am waiting for adobe to give me my download link

did you enter your new download link ?
is it working ?
did you have to edit both those lines ?

here is my current script, with that section 'untouched'

Determine current major version of Adobe Flash for use

Specify the complete address of the Adobe Flash Player 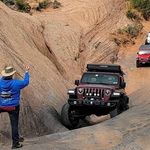 Yikes someone forgot to press the Markdown button. :)

I sugested to our team jarednichols approach in the post above yours ... That is a great idea make my problem googles problem : ) however I am guessing that everyone is going to think I am crazy to stop supporting and manage flash...

I sugested to our team jarednichols approach in the post above yours ... That is a great idea make my problem googles problem : ) however I am guessing that everyone is going to think I am crazy to stop supporting and manage flash...

My presumption is that given the global Chrome market share, most folks have it installed - either by centralized IT or by the end-user.

It's not a far stretch to move to the idea that a lot of folks, by extension, have a really good Flash containment vessel - and one that's updated frequently by someone that isn't you.