Since upgrading to tvos 13 the conference display profile doesn't appear to remove the apple tv homescreen. This means I'm now getting ads for the Apple TV + service in our meeting rooms.
Has anybody else experienced this? 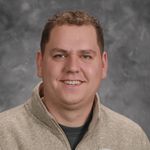 We are experiencing the same thing. One way we have been finding that "fixes" the issue at least most of the time is removing the profile and then re-installing the profile.

Another thing we have done to get rid of the ads from showing as some of them aren't appropriate in a school is putting the "Settings" app in the first spot on the home screen as then the main space shows the gear rather than the ads which are coming from the TV app being in the first spot. You can change this via a Home Screen Layout payload in a profile.

I believe Apple has fixed this bug in a beta but not in an actual release.

As of 1-6-2020, the latest public release version of tvOS (13.3) does not fix this problem. I also hit on the idea of putting the Settings app in the first spot on the home screen, but after I did so school-wide I still had ads showing up on random Apple TV's, so the result was inconsistent/not useful. What I finally did was install a Configuration Profile on all our Apple TV's that had a Restrictions payload restricting the apps to ONLY the Settings app. That is the only thing that has definitively stopped the problem. My teachers now have no Apple TV apps, and I'll have to enable them on a case-by-case basis. But at least we now have no inappropriate or highly distracting ads interfering with our students' learning. Apple needs to fix this.