How do I run a script someone has posted in a comment in Git?

Hey everyone - I'm very much a beginner when it comes to coding and I'm very confused as to how to utilise any that people have posted as answers to questions in Github? Most of the time someone posts a comment that has a nice script in it, but if I copy and paste that script into a notepad, save it as a .bash - do I still need to chmod it? Does doing that do something to the file itself? Previously I just pasted the code into a notepad ++, did an EOL conversion to mac and saved it but it still failed to run as a script in JAMF. Wondering if I still need to chmod the file? 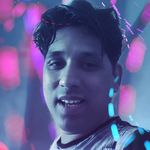 I appreciate the information and advice you have shared. I will try to figure it out for more.

Just a few pieces of information.

First, I definitely also recommend you get yourself a decent coding/script writing application, like BBEdit or Visual Studio Code. Writing and editing scripts in TextEdit is not recommended as it often messes up the formatting and will make the script fail if that happens.

Second, when using most applications mentioned above, especially BBEdit, it's not usually necessary to do the chmod +x against the script to make it executable. The app will usually do that for you, but it's still a good thing to know how to do since there may be times you run across a script in some other way and will need to set the executable bit on it.

Lastly, if you feel confident that a script will be good as is, and don't need to test it locally first, you can always go into Jamf Pro, create a new script and copy/paste the contents directly into the window and save. Testing locally is still a good idea though, so I'm not saying you should always do this, at least not until you get good at reading scripts and understand everything that's going on in them.