I've read through the forums and haven't seen this particular problem. I'm trying to mount our user's home directories off of their Windows AD file shares. I'm using the script "mountNetworkShare.sh" found here, as well as various other folks attempts at Bash scripts and/or AppleScripts.

Unfortunately, that $ is wrecking havoc with all of the shell-based scripts, as it truncates at the $.
For example, the output of the command:

./mountNetworkShare.sh one two myusername is:
Attempting to read SMBHome attribute from user record since the 'share' parameter is blank...
Share determined to be: smb://theServer/Private$

And then, of course, it fails to mount.

Any thoughts on successfully preserving that $ as part of the mount command?

@pickerin
We do the below & all of our shares are hidden: http://macmule.com/2011/09/08/how-to-map-drives-printers-based-on-ad-group-membership-on-osx/ 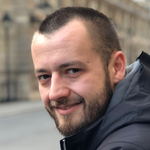 You could try calling the share back in double quotes ( " " ) or possibly try and escape the $ with a backslash in front "".

Thanks for the thoughts, the quotes don't seem to work either. I've abandoned the initial script as flawed for our environment and am re-writing the guts of it in Python to get around the shell problems. So far it's looking pretty good, but I'm still having an issue with the "jamf mount" command, as I think it's now choking on the $ as well. Sigh.

@pickerin
We do the below & all of our shares are hidden: http://macmule.com/2011/09/08/how-to-map-drives-printers-based-on-ad-group-membership-on-osx/

@bentoms
I've previously taken a hard look at your stuff, but I want to create a Dock icon that allows them to click it and it will re-mount their home directory, without requiring the username/password (assuming a valid Kerberos ticket). Whenever I try: mount volume "PROTOCOL://SERVERNAME.FQDN/SHARENAME", it prompts for the username/password. Yet if I use Go -> Connect to Server and mount it, it doesn't.

Perhaps I just need to give up the dream and try your stuff out. Off I go... Thank you, I'll mark it as answered if it all works.

@pickerin. That is exactly how it works.

Save the AppleScript as an app, run via a launchagent & will use Kerberos ticket @ login. Also, can be re-run with no issue.

@pickerin. If you have issues, reply on my blog & we can chat via email then to see what went wrong & can then update here.

I need to move it to GitHub ASAP with the expanded use cases which may assist you.

Awesome. Yea the syntax issues are why I'm gradually posting the scripts to GitHub.

@bentoms
Thanks for all of the help. I've got the Application running when I double-click it on the Desktop, but when run as a Self-Service Application (as a Script, using either the .scpt version or the .app version), it fails with:
Script result: /Library/Application Support/JAMF/tmp/MountPrivateDir.app: line 1: syntax error near unexpected token `newline' /Library/Application Support/JAMF/tmp/MountPrivateDir.app: line 1: `'

Also, why? Just throw the app in /Applications & add to the dock using dockutil

I prefer having this type of stuff deployed via Self Service, I actually want to drive my folks there because then they see the other items that we're deploying through there and know that if they have an infrastructure issue, Self Service is where to find the solution.

That said, I'm not sure what you mean by "Deployed via HTTP/S". The script is running locally as evidenced by the error message. The fact that it's dropping it into /Library/Application Support/JAMF/tmp seems to imply it's being downloaded, I assume off of HTTP/S. I don't see anywhere to change the deployment type for only that application or for only that Policy.

@pickerin. By HTTP/S i meant is the method you're using to deploy the script? i.e. are you using HTTP/S distribution points? if so, try AFP/SMB

The issue is discussed here, but there is not a solution to distributing a .app file via a HTTP/S distribution point:
https://jamfnation.jamfsoftware.com/article.html?id=116

Sorry replied to that too.

This is the AppleScript right? What happens if your try it as an AppleScript & not a .app? (Like a .applescript).

I think that will work. From: https://jamfnation.jamfsoftware.com/article.html?id=102

I'm pretty sure it's not working either, but let me try it again and document the error...thanks for continuing to help...

Okay, when run as a .scpt directly, it gets farther, but I'm getting an error on the JSS of:
"Script result: /Library/Application Support/JAMF/tmp/MountPrivateDir.scpt: execution error: «script» doesn’t understand the “quit” message. "

I think it's coming from this stanza:
if accountType is less than 1000 then tell me to quit
end if

That's the only reference to "quit" in the whole script. However, since that's valid AppleScript, the only thing I can think of is that "me" isn't set properly to the running script. Alas, I'm not as versed with AppleScript as I am Perl, Python, and Shell...

As per the above, .scpt are not supported, can you convert to .applescript? The below should help you convert.

LOL Ben, sorry totally missed the "non-compiled" part.
These don't really need to be converted, they're literally just the text script.
Copy/Paste from your website and you're good to go.

I'll try it out tomorrow when I'm back in the office.

Maybe I can do something where the Self Service option loads the .app version on the system and/or caches it, then runs it remotely...

Maybe can you try & remove the lines:

Okay, I have it working, finally. It's not elegant, it should be easier than this, but it's working:

This works except for:
1) It's slow. The Self Service just installs the Application every time.
2) It's repetitive. The application is already there, I just need to educate the user that they can run it.

Improvements:
1) I'll probably add to the post-flight script to create a Dock icon for the MountPrivateDir.app 2) I may write a pre-flight script to check for the existence of the Application, and just do the Open, but I'm not 100% sure how to then cancel the install.

Thanks to @bentoms for all the assistance.

Also, why not scope it via a smart group whereby if the .app exists... Just run the open command.

Glad we got if working!

Install as app and have a script to run at login to add to users login items :)

That was covered above using a LaunchAgent but doesn't follow the use case here.

It is possible to mount the hidden users AD home directory via an app made by Applescript as you know.

My point was another way to skin the cat ;) that someone might find useful in the community and does follow the use case