Can only deploy package through Casper Remote

I'm working on packaging Photoshop Elements 8, and have been partially successful. The package basically copies the installer files to /private/tmp and a post install script performs a silent install. If I run the package manually, everything works great. It also works fine if it run from Casper Remote. If I put the package in SelfService, the installation lasts a few seconds and says it succeeded, but nothing happens on the client machine. If I try to add it to a configuration profile for imaging, nothing seems to get installed. I have also tried setting it to install after first boot while imaging. The package seems to be good, but I'm missing something somewhere. Any ideas?

@scottd What version of the JSS are you using? Are you scoping the policy to computers or users? I ran across a defect in 9.92 (PI-002281) that won't allow me to scope to a static group of users. The static group of users are made up of users from the Users tab and they are not LDAP or AD users. They are just users that are manually entered in the Users tab and manually assigned to a computer. 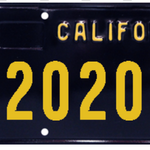 Try zipping the package and using that instead of a plain .pkg file. I think that's solved issues like that for me in the past.

We've done both, per @jkuo 's suggestion. If you could post up that script...maybe there's a clue there.

And what do the policy logs say when it runs via Self Service?

Thanks for the replies. I'm running 9.22. The script is below. I'll admit I'm a novice at scripting, this is mainly just copied and pasted from another site. I'll post the logs when I'm back at work, our jss isn't accessible from the outside world. 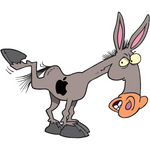 @scottd What OS is the client(s)?

Just wondering if that's a part of the issue.

clients are 10.11, JSS is 9.92 (sorry I had a typo on my previous post). Again, the package installs fine via casper remote, just not during imaging or self service.

Thanks for the responses and help!

@scottd if you are installing at imaging time are you having the installation happen as part of the first boot installation process that happens in the temporary adobe install account? If you're not, you probably should give that a try. Some installers are unable to run and install on a non-booted volume.

So I figured out some more. It looks like it's working in self service now as well as casper remote. For imaging, I am setting it up to happen as part of the first boot installation. It seems to kick off the install after reboot, I get the blank screen with the message that installs are finishing, but when it finally gets to my desktop, the software isn't installed. Self service was failing because it needs to reboot after a failed install, which I didn't try yet. Otherwise, the install crashes because it thinks an install is already in progress.

So, long story short, it works except for during imaging.

@scottd you should be able to look in the jamf.log file to see what is being installed at first boot and also look in the system.log file to see if there are any error messages being thrown when the Photoshop Elements installer runs. Hopefully there is something useful in one of the log files to determine why the install is failing.