We upgraded to Casper 4.1 a couple of months ago. Recently, we needed to install some new packages to computers in a lab environment which had initially been configured to netboot, run Casper to erase the HD and re-image the computers.

Now that we are using Casper 4.1, even though the Erase option is checked and the "Cannot erase the boot drive" message is displayed, the computer proceeds to erase its boot drive, taking the whole system with it.

Casper 4.0, would show the "Cannot erase the boot drive", but when the Install button was clicked, it would always show a message stating that it was re-formatting the HD, but it didn't actually do it. We've learned to ignore that message, but now it is a true statement.

Please make it possible to uncheck the Erase the HD option from Casper in Local mode. Why is it grayed out anyway? We can override the Configuration settings and everything else the JSS pre-sets, why not the erase function? 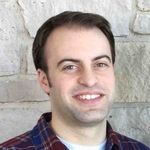 There are a number of other ways to deploy individual software packages aside from running Casper locally. Note that any autorun data that is present for a machine will in fact perform the tasks specified. Casper Local should generally only be used to image a machine. Other methods of deploying software include:

1.) Launch Casper Remote on your own machine. This will allow you to remotely deploy software to any machine that is currently in the database and accessible over the network.

2.) Create a policy in the JSS that will deploy the package to either a single machine or a group of machines.

3.) Launch Casper Local, hold down the 'Shift' key at the splash screen, which will allow you to bypass the current autorun data that exists on the server for the individual machine. This would be the recommended method to use for the scenario that you suggest if you truly wanted to 'Pull' a package onto each individual machine.

I believe that Policies and Casper Remote can better handle the request since you will get a log that can be accessed from the web browser about each step taken for the package installation, as well as usage data concerning who initiated the install.

I hope this helps you out.