Deploying FortiClient, preventing as many popups as possible on Big Sur, think I got it?

I'm trying to deploy FortiClient 7.0.2, and I have some questions about order of operations and whether this is going to cause trouble on specific OS versions. I still have some more testing to do but it seems to work on the one I tried, but maybe it was a fluke. I can post configs as necessary, but I suspect that they aren't needed for these questions as it's more about how these functions work.

I have a script that grabs the file from our server and installs it. That works. I need to get curl to fail out of the script if the download fails, but I haven't looked into it yet so I'm sure I can find a way.

I used PPPC to grab those Full Disk Access settings from an install and make a config profile.

I have a blank VPN being deployed in the same config profile using com.fortinet.forticlient.macos.vpn in the Custom SSL settings (someone else on here suggested this solves that issue if you deploy it first). I haven't tested this, but supposing it works I don't have any questions about it since I know it needs to go on first.

System Extensions is the only other thing I'm worried about. I added them to this same config profile, and I think they're correct.

I believe these work for Big Sur. However, I've noticed, specifically, Catalina doesn't add the one program to Full Disk Access and you end up needing to search for it. Of note, that program is in the PPPC as "com.fortinet.forticlient.macos.antivirus" instead of the filepath. I suspect this is fine, but I don't know.

Sorry, I know this is a lot, but I want to make sure I'm not missing something, especially since I've never worked with these functions of configuration profiles before. Specifically the System Extensions and the Privacy settings.

here are the configuratios, which are working for me

except the PPPC settings, which are not working on the new m1 MacBooks with monterey. I am awaiting some help from our security partner or Forti as well.

I'm in the process right now to finish the configuration profiles. The only one i am missing is the network extension.

Can you post your config profile when done? I need to set this up as well.

I was unaware 7.0.3 is out now. I'll look into that. I agree with @kryan though, if you get your configs figured out would you mind posting them?

any luck with the config profile?

@Int_IT_ADC& anyone else who may be able to help

Hello, on 7.0.3 now, I've added the Certificate to a configuration profile but I still get this pop-up, is this apart of the post-install script? How did you resolve this pop-up? I can't seem to dial it in.

here are the configuratios, which are working for me

except the PPPC settings, which are not working on the new m1 MacBooks with monterey. I am awaiting some help from our security partner or Forti as well.

it's all works except for this any idea?

I just received an official statement from our partner which works with fortinet. So the statement from fortinet is, that no official way is possible to install fortinet without user interaction.
From my side I need to test everything once again. I just changed my enrollment script for the macbooks, so fortinet client will be installed after the jamf notify process after the restart. This works very fine. At the moment I wan't find any time for testing. 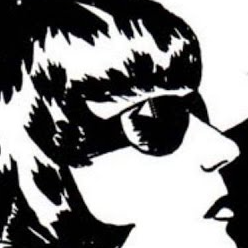 Hello,
Could you share with us where you got the details to create the configuration profiles? My company is about to start using FortiClient v7.0.5 and I can't find any information about how to create these profiles.

Are you able to update existing installs? that is the problem I'm having, when the client is installed it won't update

I never had issue until now to install the new client over the old one. This is the easiest way for us to upgrade the major versions without issues. 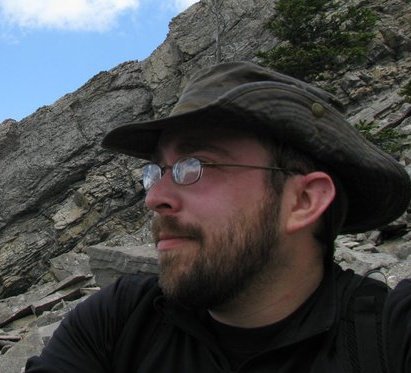 We have in-place upgrade issues as well.  We're using the free version.  What I've found is that you need to run the uninstaller for the previous version first, then install the new one.  I've adapted the build workflow created by @mickl089 over in this thread. I package up the Forticlient .mpkg and the vpn.plist from a machine with the connection settings in composer, then I deliver the files to a temp directory and use the script to install (after) the package and connection settings:

We also deploy the FortiClient settings for PPPC and System extensions to any device with FortiClient installed (hence the maintenance option in the install), and those are similar to the solution in the thread.  We do use the free version, and only the VPN, so only the nwextension is necessary (see below).  hint: One can use the following command in terminal to derive the Team and Bundle IDs for the system extension if you ever have to create these for an app. 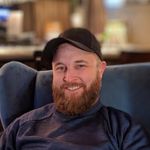 @Int_IT_ADC thanks a ton for these screenshots, definitely helped me get started! Have you made any further progress since this implementation? Currently, I'm running into an issue where the profile is creating a whole new VPN config but upon pushing FortiClient 7.0.3 'install.mpkg', it creates a new VPN config and asking to 'Allow' FortiTray. Any thoughts on that?

Hi, your welcome. I invested a lot of time for testing :)

At the moment I am waiting for the 7.0.6 version which should solve a lot of issues.
So for the moment I stopped testing and deploying the forticlient.

I know this is a bit late, but would you recommend reaching out to FortiClient's support team? I have pre-packaged installers from them, but the settings do not seem to be embedded. It's like I might as well have gotten the installer from a direct link on their site. And the administrator's guide is not really accurate from what I've experienced. I sincerely appreciate any help!

I put it together from the suggestions on this thread and this one:

I only get the two pop-ups to install the certificates to the keychain. I tried to automate this but I could not figure it out, so we're gonna live with that.

@JDaher , will be checking through your screenshots to see if it helps to setup the same way on my end, I did see you mentioned the certificate you need to manually install/receive prompts, I was actually able to automate this:

- Export the FCTEXXXXXXXXXXXX.cer from Keychain Access Manager (make sure it's set to "Always Trust")

Thanks. I tried this before and it didn't work for me, it didn't install the certificate. Also, in our case there are two certificates that need to be installed. Both go into Keychain > Login.

One of the certs matches the serial number of the FortiClient EMS, and should be the same for every user. The other cert is specific to each endpoint, and the name of that cert matches the UID2 serial that you see if you open FortiClient > About on each specific endpoint.

I may give this another try at some point. But right now I'm good with asking the users to approve the installation of the certificates. Thanks again.
0 Kudos
Share
Reply
Go to solution

We are are already on 7.0.7 which has solved the dns resolving issue the client had since version 7.0.0

We have our own forti ems system and are starting now to testing the update procedure directly with the ems server and not with jamf.

I will test the next few days the setting with the certificate and the added pppc keys in this thread and will inform you.

Did you have any issues with allowing full disk access to it with PPPC, Ive tried but it doesnt seem to be working on my m1s

I set up full disk access using the PPPC payload in the configuration profile in Jamf, and that works for me. See the screenshot I posted here on 8/5

I am currently working on this same thing

I see in the FortiClient 7.0.7 directory on the support site they have an intune and jamf .mobileconfig - has anyone tried simply importing that?

separate from that I was attempting to use fcconfig to import the config and despite it saying its "finished" it doesn't have it...   https://community.fortinet.com/t5/Fortinet-Forum/Library-Application-Support-Fortinet-FortiClient-bi...

Tunnel all versus split tunnel

Seems that as time progresses, latency grows on VPN (fine if disconnected) but only until you "shutdown" the app and re-open does it go back to the expected speed.

Has anyone else had that experience?