Hi I'm hoping somebody can help me. Relatively inexperienced with Casper and need to deploy the serialisation package I have created for CC to the Macs which have already got CC.

There is a technical paper for CS6 with a section on deploying a serialisation file:

But the section on deploying the serialisation file seems to be out of date or not relevant for our version of Casper - we are running JSS 9.62.

What version of CC are you deploying and how are you creating the package? With CC2015 and the latest version of Creative Cloud Packager, we no longer have to serialize separately. The package is pre-serialized. I don't recall when exactly Adobe made this change, so it might work with older versions as well. It may also depend on your license type. We have an ETLA license.

We have CC for Teams currently deployed on 25-30 Macs and are now moving over CC for Enterprise (with serial numbers). I'm just trying to serialise those existing installs - new CCE deployments on Macs which do not have CC will should not be an issue as they will be already be serialised at the stage of creating the packages.

Adobe have advised the procedure for deploying CC serialisation files is the same as indicated in the technical paper in my initial post but it is not.

I really do not want to uninstall CCT and then have to install CCE on those machines.

If you have the creative cloud packager you can create a license installer, which should work :)

@MHS_Next Ah, ok, that explains it. Like @snovak says you can use Creative Cloud Packager; just select the "Create License File" option. Here is Adobe's documentation.

Unfortunately, the above just spits out a folder with some files in it, so you're still not done at this point and have to do a bunch of manual work if you want to use this in Casper. Thanks, Adobe. What I do is copy this folder into /tmp, then build a package of it using Composer. You'll need to write a post-install script that calls the AdobeSerialization executable and references the prov.xml file. Syntax will be something like:

Then drop that package into Casper Admin and setup a policy to install it.

Adobe makes this so easy I really don't know why you were having trouble figuring it out! (kidding, of course)

Thanks guys. I have created the license installer and can license the existing CC installs manually using the executable. But no easy way to deploy via Casper. Eric I'm assuming you're using the Snapshot method to create the package and put the script in policy?

Open Composer and instead of choosing "new" just drag the files or folders you need onto the left. It should create a new workflow under "Sources' with the name of the file or folder, containing the files. On the right, build a directory structure you want. For this example I will create a folder called /tmp/Licence_CC_2015/ and I will put the following files inside:-

(These are the files I get when building a serialization package - they aren't all needed for serializing Creative Cloud but included for completeness).

Anyway, on the left under sources, change the name of the workflow if required then click the arrow to the left of the workflow name to pop open a menu containing "Scripts", "Settings" and "Snapshots". CMD+click or right click on "Scripts" and select "Add Shell Script" > "postinstall"

Within that script put the line

Now select to "Build as PKG" and the resulting PKG can be run on your macs manually, using Casper Remote or using a policy to trigger. The files will be "installed" in the tmp directory then the script will run.

I believe PKGs can run scripts but DMGs can't so you will want to build it as a PKG.

Thank you all for your responses especially nigelg - your workflow seems to be working fine in serializing the CC installs (as per the amt3.log file).

Just a quick thank you on an old post, the reason I stay with casper is the community, cheers:)

I'm having an issue with this script. When I push it out with the package it doesn't seem to run. Am I doing something wrong? My script looks exactly like yours:

And the folder doesn't remove itself either.

@niacobelli That looks like it should work. It looks like you are creating a package that places files in /tmp/Adobe_CC_License, then running this as a postinstall, is that right? Are the files getting placed correctly before the script runs?

Assuming the files are getting placed then we know the package is running....two questions:

1) Are you using a .PKG? (as opposed to a DMG if using Composer....DMG won't work)
2) Try adding some logging to the script to see if it is running:

I am creating a .pkg and I know its running because the folder and files get copied into the tmp directory. I just don't understand why I can't see the license created in the Adobe admin console. I'm going to try the logging added to the script and see what happens.

I've had problems with CCP before if it's not done on a fresh machine or VM. Now I don't trust CCP at all unless there has never been an Adobe product on the system. Fixed some problems I've had, not sure if it's applicable here.

Are you thinking the Mac should show up in the portal as using a license after running the activation? It's been a while since I played with this but that wasn't my experience. I only ever used a CC Enterprise license key for device licensing, and they never showed up in the console. It was more of an old school license key type local activation which we tracked internally and trued up annually...I'm pretty sure it didn't phone home because we switched to device based instead of user based because the user based authentication failed through the proxy server and the device based didn't need to get out.

We are using the Education licenses and they get deployed by device. I can see all the activated devices for our organization. I'll take a look at those resources from Tim Sutton.

Just to rule out the creation of the files, I created the package in a fresh OS in VMWare and still had the same result.

@niacobelli I am also in K-12, and had to do this yesterday. I had to deactivate a license, I then used the license pkg to reactivate. It may take a few hours for the newly activated machine to show up in the console, but it will

We wrap the four files that CCP spits out, so it is a PKG, then we have two policies.

One to run AdobeSerialization to install license. One to run RemoveVolumeSerial to remove license.

Surprisingly smooth process. Although it would be nice if CCP simply spat out two packages. ¯_(ツ)_/¯

I am intrigued by your method of using the 4 adobe files for serializing the Creative Cloud products.. I have have packaged the 4 files and created a post install script as stated above. My policy is copying the pkg to /private/tmp and i had it create a log file and it seems like it runs ok, but when i open a Adobe package, it asks for sign-in or a license key..

So i am intrigued at your method with the 2 policies, how do you tell it what to run inside the package? Can you include some screenshots? 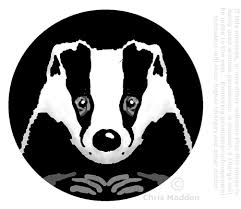 We have education device licenses, I made the application packages with CCP, dropped them into Casper Admin, installed with policies and used the https://github.com/timsutton/make-adobe-cc-license-pkg method for the serialization and it all worked like a dream...

Hey I am using Adobe CC I Install this perfectly no any problem has arisen, but the problem is only that I need to guide the step by step installation because there is a different bunch of Adobe application present in it, After successful installation Adobe CC some of my Adobe Application is not working properly and shuts down the window simultaneously, here I found my solution I follow this Adobe Phone Number

Just want to say thanks to nigelg. Adobe Creative Cloud for Teams. Just created a pkg using the excellent instructions he provided. Works perfect. My computers show up in the Portal.

Thanks for this, https://macops.ca/adobe-creative-cloud-deployment-packaging-a-license-file/ method worked for me.