I have a computer that was registered with jamf when it was purchased, and it initially connected with the jamf system.

Not it is showing that the computer has not checked into jamf since it was first unpacked.

when i attempt to run sudo jamf, i get:

when i look in /usr/local, theres is no trace of the jamf executable.

Can someone tell me how to recover from this? 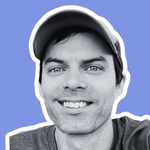 sudo jamf checkJSSconnection would be a good command to run - run jamf help no sudo to see a list of all commands.

Do you get anything when you specify the full path?

as @ryan.ball as noted, i had an issue with i think the package installed in a version of 10.6 that broke the ability to call jamf from anywhere in terminal. When i called it from the full path as outlined that worked and the commands ran just fine. As far as im aware it was/is a product issue that was addressed in later versions.

In addition to the last three suggestions, there could also be something that's messing with your system's PATHs. Try this command in Terminal:

When I run that, I get this: (I've done a decent bit of messing with this over the years, so I might be showing more output than you'll see)

So anyways, just for a little context in case it's needed, this is a list of all of the directories that we can just run commands like 'jamf' out of without having to specify the full path. Like @ryan.ball suggested, the typical path for the Jamf Binary is:

So I can just run "jamf" in Terminal because /usr/local/bin is in my PATH. Then, to my suggestion to see if maybe the Jamf Binary either got lifted off the system somehow, or if our PATH is messed up, try running:

That should tell you where macOS is finding the Jamf Binary, and then you can check to make sure that's in your PATH. If nothing is returned, then my suggestion would be to re-enroll the Mac using whatever methods are applicable to your workflows.

When i attempt to re-enroll, i get the image i attached here.