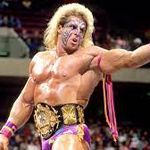 The Jamf Pro 10.27.0 beta contains many new features, fixes, and enhancements that we are excited to share with you!

As always, there's a lot more to this release which is covered in the release notes!

How to join the beta :
If you would like to participate in the beta program, please enroll using the Beta Programs tab on Jamf Nation under My Assets within the account section. After enrollment, reference our Release Notes for a complete list of what is included in the beta build.

Remember, this is a beta release. We strongly encourage you to install this software in a non-production environment.

As always, the beta program is operated under non-disclosure, so please do not share any information regarding your testing on any public forum, including the non-beta sections of Jamf Nation. Use the Jamf Nation beta discussion area or contact Jamf via beta@jamf.com with any questions regarding the beta.

Thank you to all those who participate in the program!

@ian.hansen ... Just to validate, due to Apache Tomcat Vulnerability CVE-2021-24122 that was just released. Is 10.27 upgrading to Apache Tomcat 8.5.60? This will address the vulnerability. I'm sure as normal, the latest version of Apache is installed, just clarifying since I haven't installed the Beta version yet.

Glad to know about the Cloud Distribution Point Failover officially becoming a new feature with 10.27 soon.

Same question as above. Will upgrading to to the 10.27 beta resolve the raised apache tomcat vulnerability CVE-2021-24122, and if so are there any known risks related to upgrading to the beta?