Such a lifesaver! use this for tonnes of bulk updates to extended attributes and great now that v3 allows user attribute updates.

I am not sure where this bug lies exactly, but it seems upon several tests that updating an extended attribute also causes the Last Inventory Update timestamp to update. This is an issue because on iOS devices this is the only way to locate devices that haven't checked in for a long time and may need a recall. Can anyone else confirm the same behaviour? I found this to be true with v2 and now v3 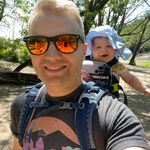 I just confirmed this behavior as well; however, it seems to be an API thing--not necessarily a MUT thing. I PUT some XML to a mobile device via curl in Terminal, and the inventory update time changed to "Less than a minute ago."

I also noticed that it seems to happen no matter what attribute I update. I updated an extension attribute as well as Asset Tag in separate tests, and the inventory update time changed to "Less than a minute ago." both times.

I'll do some more investigation on my end. This very well may be intended behavior for some reason that I am not aware of.

EDIT: It appears that this behavior is on Computers as well. Last Inventory Update changes, but Last Check In does not.

I believe this may be working as intended.. it's really a question of semantics. When we change an attribute via the API we are technically "updating the inventory" of the device.

EDIT2: @martyuiop1 it appears there is a feature request located here to have the behavior changed. Feel free to throw a comment on it and upvote it if you'd like.

It looks as though it is currently "Under Review" which basically means they're aware of the feature request and are looking in to whether or not it's something they should change, and how they would go about doing it.

Some more digging on this and it's only getting stranger.
It appears that if I'm updating device extended attribute of id 5 I get different behaviour than when updating attribute id 7
One updates only the Last Inventory Update only when viewing the device (i.e.. on the column view of a search result it still shows the original inventory update date) whereas the other updates both it seems? Very surprising as I'd have thought these were stored in a single location in the db(?)

I thought it always worked this way, at least in my experience. Any attribute that gets updated via the API updates the "Last Inventory Update" time. Whether it should work this way is kind of up for debate. Technically speaking, you are updating inventory, even if its not the full inventory. However, I know I'm not the only one that thinks there should be a separation between API update and a full inventory collection, as far as that timestamp is concerned.

As @mike.levenick mentioned, there is an existing FR to have this behavior changed, so you may want to venture over there and throw your vote into it.

Thanks all. I will add to the feature request.
If there was a last check-in for iOS devices it would be less if an issue