Has anyone been able to get a 15 inch late model macbook pro w/ touchbar to image, or even boot to netboot?

Does anyone know of a working configuration for imaging? Mine will try to boot to the netboot, and then just sit at the progress bar for hours on end. Any help is extremely appreciated. 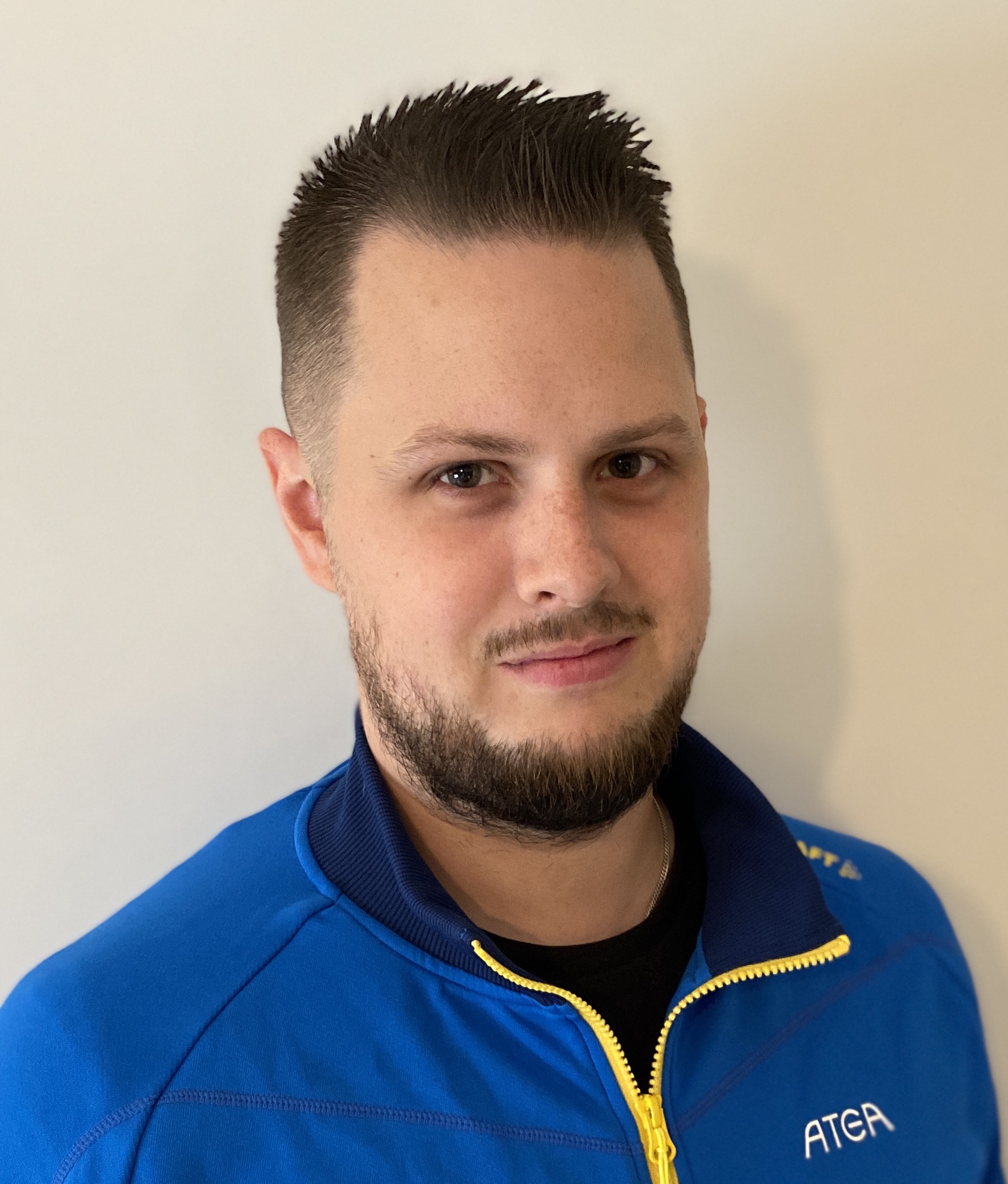 What version do you build the NBI from ?

I made a fresh 10.12.1 (16B2657) in AutoDMG, which I then made a NBI from in AutoCasperNBI, this works to boot from, I have only tested Apples own usb-c analog multiadapter with a usb to ethernet (took some time but it worked)

What do you mean by working configuration ?

All my configurations that was pretty much made for 10.11 has been working fine for 10.12.1, so from what I can tell, as long as you have a OS the new computer can boot from you shouldn't have any issues

I use the Apple tools but that Thunderbolt 3 to Thunderbolt to Ethernet adapter does work.

I built the NBI using 10.12.1 (16B2659) in AutoDMG, then I made a NBI from that DMG from AutoDMG using AutoCasperNBI. Using an apple USB-C to Thunderbolt 2, then a thunderbolt 2 to Ethernet, I am able to get the machine to initiate the netboot sequence, but it never actually netboots. The globe will spin for about a second, then I get a loading bar. The loading bar gets to the very end and then just sits there. I've had one sitting for about 2 hours now with no luck. When I use a belkin USB-C to Ethernet (white one sold by apple), it lets me click the faux netboot, and then I see the spinning globe. After about 10 minutes of spinning globe the machine reboots to the HD.

We had the same issue. Exactly. We bought the Belkin USB-C to Ethernet adapter and that solved the issue. The "multi-dongle" solution failed every time.

I just got my first 2016 Touch Bar MacBook Pro 13" (MacBookPro13,2 ) in today. This was my first production 10.12 Sierra imaging run, too (We will begin to "officially" support Sierra in a few days)

I had no major issues - other than the Caper Imaging post-imaging software install process running without the black JAMF Helper curtain screen (i.e.; the "Software is being installed" screen running under the "Adobe Temporary Install" service account was missing). For some reason, sometimes the JAMF Helper screen is missing and Apple's default scenic wallpaper/desktop is exposed. This issue is not related to the late 2016 MacBook Pro.

@gshackney what version of Casper Imaging do you have on your NetBoot set?

We are using Casper Imaging 9.97 and the netboot image is 10.12.2.
Gabe Shackney
Princeton Public Schools

Apple Thunderbolt 3 to 2 adapter to Apple Thunderbolt 2 to Gig adapter will ONLY work if you hold down Option key. It won't work if using Startup Disk in System Prefs. I opened a case with Enterprise support.

However, an Anker AK-A8341041 USB-C to Ethernet will work fine using Startup Disk or Option key.

I was getting a lot of Send Errors in Network Utility. Called Anker and they said to download and install driver. Which installs AppleRTL815X* kext file. That fixed the Send Errors but now I can’t see any Netboots upon opening Startup in System Prefs. Works ok by holding Option key on restart. Using their uninstaller Netboot works again but the Send Errors appear.

The Send Errors don't affect transfer speed. It seems to be cosmetic. There are no packets lost. Therefore, I removed the software as I need to see Netboots in Startup prefs.

Note that I also tried a Choetech Multiport USB-C adapter. It had the same results as Anker....when the Anker software was installed no Netboots available. Removing the software it works fine except the Send Errors. Seems like many companies using the same software installer.

I then tried a Plugable adapter. It doesn't work at all with Netboot. Whether with their own software or the Anker. Plugable installs a different Ethernet kext file vs the other two.

Apple Enterprise is still investigating the issue. They have asked me for more info. They say it works with build 68, which is true, but that is only when holding down Option key using their Thunderbolt to Ethernet adapter. It doesn't work with Startup prefs which I don't believe they tested.

What I have found is the fastest way to do this is to use System Image Utility and use a combination of a usb c charge cable/usb c to thunderbolt 2 adapter, or use a thunderbolt 3 cable.. (see belkin product). Both allow the computer to mount as a disk (when in Target Disk mode) and be usable as a source for SIU.

I have add much better success performing a netrestore image build with Sierra 10.12.3 and the new touch bar mac book pros.

First iteration was TB Macbook pro as source, with mid 2015 macbook pro as the SIU computer. Not a big fan of Apple doing this.. you basically have to make your computer look like it is on life support will all the adapters and junk needed to work with older tech.. (editorialized comment...).. time to buy yet another dock..

Not sure if I should start a new thread on this...
On a 2016 TB MBP I downloaded the latest OS installer 10.12.4 from the app store. I created a nbi using autocaspernbi 1.3.4 on the TB MBP. While setting this up I added the option for a restorable image. I did an asr restore of the image to a external usb stick and also uploaded everything to my netboot server.

On the tb mbp boot everything looks good, boots to about 97% then hangs and just sits there. I tried the usb stick to take the netboot server out of the picture. Same thing.
Tried a later model non-TB macbook and it booted without an issue.

I'm guessing it is the check in with Apple that the new TB-MBP's need to do(I know this does not work in our environment) but this is just a shot in the dark.

Any help would be appreciated. (I can open a new thread too)

We're trying to netboot the 2016 TB MBPs with the white Belkin USB-C to Ethernet adapters ordered through Apple and I'm getting nowhere. I've created NBIs via the AutoDMG > AutoCasperNBI route, and also the DeployStudio Assistant route (our normal way - generally no issues). Either way, the NBI shows up in Startup Disk or by holding down Option at startup (well, sometimes they show up under Option), but I have yet to successfully boot to our server. The best I've gotten so far is creating an NBI from the TB MBP, then when I select that option at startup, I get the small spinning globe for maybe 5-10 minutes, when it eventually reboots to the local HD. When I use this NBI to netboot a Late 2015 iMac, it works fine.

I'm seeing all these comments that Thunderbolt 3 to something else to Ethernet work for some. I don't want to ask the district to purchase any more adapters unless we know for sure something IS going to work... some are saying the Belkin adapter works, and some are saying it doesn't. We ordered 20 of these USB-C to Ethernet adapters so we could image these new laptops, and they won't be happy about needing something else instead. If it were a $10-15 adapter, I'd buy it myself to test, but I'm not going to spend $50 of my own money on something that may or may not work.

We got these MBPs in last fall, and I keep back-burnering them since I can't get imaging to work. I really need to get them up and running soon, and hopefully not by manually configuring each one!!

While browsing through another feed on this site (re: 10.2.4 software update causing date/time issues), I saw someone's post about downloading a Realtek driver to fix the date/time. I did that, and then for the heck of it tried to netboot with my white Belkin USB-C to GB Ethernet adapter. Worked like a charm!

Or if you just want the link to the driver it's here
http://www.realtek.com/downloads/downloadsView.aspx?Langid=1&PNid=13&PFid=56&Level=5&Conn=4&DownTypeID=3&GetDown=false

EDIT:
Well, that was short lived. I exited and tried to netboot again, just to make sure, and it's back to its old behavior - spinning globe for 10 minutes, then boots to the local HD. Reinstalling the driver again and then netbooting immediately again worked again temporarily. I'm wondering if Sierra is somehow resetting the default driver back to its original or something, and I just have to find where that's happening.

EDIT:
Looks like resetting the SMC gets it to netboot again, after the driver install. Tried a few times, the date/time stays right too.

We purchased one of the black Belkin USB-C ethernet dongles (F2CU040) and I'm getting odd results. I'd already updated our netboot image to 10.12.5 so the macbook will netboot without any issues. It even runs through Casper Imaging and applies everything without any issues. The problem though is on the next reboot it appears to never pick up the network connection.

Normally you obviously get the black imaging screen but if I check under JSS inventory I can see the device check in etc. and I can then SSH in while it's imaging and tail logs etc. to see it's progress. This macbook fails to check in, SSH doesn't work and I'm in the dark.

When it eventually finishes and reboots, it's failed to pick up any config profiles, still hasn't checked in, still can't SSH in etc. If I log in as admin and check jss connection it passes. If I then "sudo jamf policy" it checks in and then applies config profiles and runs any policies that should've run. Subsequent reboots are also flakey as to whether the device checks in or not. My understanding was a reboot will always cause a device to check in (network connection working obviously).

Is anyone else seeing this behaviour? I've tried the adapter on the left and right just to see but obviously no difference.

This is most annoying and I'm really hating Apple for changing things that work well.

I've also noticed that when using the Belkin ethernet adapter, it also fails to do a recovery boot. You get the spinning globe icon but it'll literally sit there forever (I left it overnight!). Trying this via wifi boots successfully so in my opinion these Belkin adapters are a complete waste of money.

I'm trying to get hold of the Dell/HP adapters and also a thunderbolt 3 to thunderbolt 2 to try my old adapters that always worked fine.

MacBook Retina 12" 2017 -NetBoot NetSUS Issues. Had NetSUS server and the MacBooks would not netboot at all with a AutoCasper 10.12.6nbi. Will NetSUS ever be updated or should we just abandon this option?
Was able to use the same nbi to on a MacOSX server with NetInstall to netboot the MacBook. Also had to disable SIP before trying
to netboot. I have never had to do that before.