Light Imaging vs "Install on boot drive after imaging"

Our imaging model is to use DEP to throw packages on top of the base OS the computer comes with from Apple, or, failing that, to Netboot and throw the base OS image onto the computer, then on first boot when it Enrolls, have all the packages get installed automatically.

This seems to work well -- until now, when I find myself with an Office 2016 installer that many say should have "Install on boot drive after imaging" checked. We don't install any packages on the boot drive via Casper Imaging. Everything is done with a big script that gets run via the Enrollment event (that contains a number of jamf custom policy triggers)

What's the best best method in this case for getting an installer like the Microsoft 2016, or the Adobe installer to work for what we do? I'm also sort of interested why this happens -- what is the significance of 'install on boot drive' vs not. 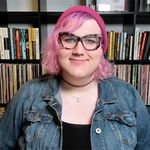 @jbarnes I haven't tested Office 2016 yet, but I believe that it should work in your current workflow. The way Casper Imaging handles package installations by default is to install them on the target drive while booted from a secondary drive (be it netboot or an external HD, etc). Some packages don't seem to like that method, and instead must be installed on the current boot drive. The "install on boot drive after imaging" option modifies this behavior so that instead of installing on the target drive, the package is cached on the target drive, and a script triggers the installation after boot. Given your workflow, the packages will only be installed on a machine while it's booted, so my expectation would be that it would work fine.

Have you tried it? Have you experienced any errors?