I edited a /bin/bash script that automatically checks the devices uptime and tells the user to restart his computer after 2weeks uptime (with the help of https://www.jamf.com/jamf-nation/discussions/17336/user-has-not-restarted-in-x-number-of-days)

I already read the thread (https://www.jamf.com/jamf-nation/discussions/30388/loginwindow-wants-access-to-control-system-events) but couldn't find the solution there. The issue seems to be the tell / end tell statement but I can't find a way to change the script.
I tried several PPPCs and gave JAMF access to Accessibility, System Events and everything else that's required.

The script itself works fine.
Can someone help me out here? 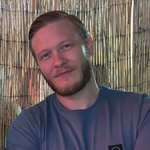 Can you post a screenshot of your PPPC's you are creating for this to happen.

if you have not used the PPPC utility on GitHub i would use this and add the jamf binary this way and allow access, you can physically tick which parts need access. However you may have already done so.

For testing purposes I tried the following:

I know that most permissions are unnecessary, just wanted to be sure nothings missing.

The problem isn't the Jamf binary. It's osascript, which is what is actually calling the AppleScript event to control "System Events". If you add in osascript to your PPPC profile (or better yet, create a new PPPC profile just for osascript) and give it access to System Events, and maybe a few other items under the Apple Events section for good measure, and then deploy that, I'm betting the prompt will go away. I may be wrong, but I do think that's the issue.

In case it helps, osascript is in /usr/bin/ You should be able to just navigate to that and add it into the PPPC Utility.

I just did the following:

and the issue still exists.

Thanks for the input anyway!

@leonwun Are you certain the profile had been pushed to the Mac by the time the script was re-run? Because I have a PPPC profile to allow osascript control over the various System Events and I don't get a prompt. I used your exact script in fact for testing and it comes up for me without prompting to allow any control over System Events. So I can't explain (yet) what the difference may be.

@leonwun are you that PPPC profiles is actually installed on target machines? for example if it's not DEP enrolled and not UAMDM accepted, it just won't work

On my testing machine under "System Preferences" -> "Profiles" the following Profiles are shown:

So this doesn't seem to be the issue.
I already tried to reset the permissions of my testing machine with:

to make sure there were no changes specifically on my testing machine that cause the issue.

I still can't figure out why it doesn't work - especially now that I know it works on @mm2270 's machine.
Does your profile look anything different? Also, it works when I run it in terminal, just not when I run it remotely via jamf policy.

I also see this prompt with my script for renaming Mac
The most strange is that on some mac´s it works fine without any popup, while other it is showed - and with the exact same profiles installed and in Mojave latest.. But I have stopped using time on this and instead instructed users to click "allow" on this

This seems to be a bug on JAMF or Apple's side then. I might create a ticket for that - if someone finds a solution please post 😉 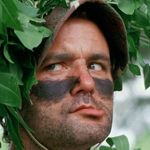 Have you seen this pre-built (JamfAppleEvents.mobileconfig) for osascript?

Yes I have this config on all machines. Btw this is the error message that gets logged if you ignore the box:

Posted: 29/1/19 at 10:49 AM by bentoms @UESCDurandal You likely have some AppleScript blocks which say "tell application System Events"... remove the tell & end tell bits then try again.. you can often amend the scripts.

From this thread by @bentoms

If you run the script locally/manually and leave the display box there, AppleScript will time out after 2 minutes.
That is what you are getting on the error message, end users not "actioning" the request, they may be away from the computer for example.

A possible solution is to add a "giving up" parameter, capture the output and do some logic with it.
Example from your script.

A note about the "Cancel" button, the way it is set it will stop and exit the script at that point, it will not run to the end.

I would recommend a small change to allow the script to run.

If you must use Cancel add a space to it " Cancel" that bypass the internal Cancel function of the script and allow the flow to continue. Of course you could call it "Not Now".

Hey there, thanks for your advice! That's a nice addition to the script.

Still, the error message is generated from this window I think, not the script itself. If you don't respond to the ""jamf" wants to control..." message and wait 2 minutes the error is generated.

So the problem with the window that should not appear still exists.

@leonwun Oh yeah, that is the TCC bit, several places to set

Hey, I have the same (and even more) Profiles on the my testing machines - the window still pops up. It only works without this popup when I run it locally and not via jamf.

I created a ticket regarding this issue as we can't find a solution and it might be a problem from JAMF / Apples side..

If you still find anything I would really appreciate a post 😉

Are you on 10.11? Small note from the bottom of the release notes

@koalatee Thats good to know, I am interested if this resolved the issue for @leonwun .

Hey @koalatee , thanks for your post! I don't use 10.11 on any of my testing devices - We only use Mojave & High Sierra.

I tried this PPPC anyway, sadly nothing has changed.

Definitely a big problem. Hopefully a solution is found.

Experienced a similar issue, was able to resolve in the following fashion, which was posted earlier in this thread.

Hey @jbutler47 , I exactly followed your steps and uploaded the following profile:

We have been seeing a similar issue. It appears that if, at some point, a/the user has selected "Don't Allow" when they see the "Jamf wants access" message then the script will never work regardless of what you do. If the user has denied the Jamf System Events that setting appears to be persistent and pushing a config profile after the fact does not resolve it the problem. I'm not yet certain if the denial is a per user issue or a system wide issue.

On a test machine I've been able to run tccutil reset AppleEvents then push out a PPPC allowance for Jamf.app - System Events. After that a script we have that runs osascript will work. Here's the settings I made in the PPPC utility for /Library/Application Support/JAMF/Jamf.app

It would be useful to know if clearing the System Events works for anyone else.

I did not select 'Don't Allow' on my testing machines. They are installed freshly and there are no permissions set yet.
The Window appears even with all those profiles.

Try changing your osascript by getting rid of the Tell Application bit.

Did your guys Jamf Pro instance update to 10.12.0 this week? Did that fix the issue @leonwun ?

@timdambrosio I don't really understand how to change it to remove the "Tell Application", can you explain further please?

@leonwun He means to remove "Tell Application" from the osascript. He is saying you should still get the results you want from system events w/o the Tell Application in front of it. BTW I was able to resolve this issue with a PPPC config profile from GitHub. I opened a ticket with JAMF and they pointed me to GitHub

I too was having this happen... I added the BundleID of Jamf.app with access to System Events and was getting pop-ups
Was about to go down the rabbit hole of what combo would work then I tried something simpler...

Now in the example from the original poster @leonwun , this may not be much of a help as you are explicitely telling System Events to restart and shutdown, methods that may not be available if you are not telling System Events. Not sure if these are the "nice" methods that ask for a user to save work, but if they are not (or you don't care 🙂 perhaps you could just capture the output of the osascript for button returned and then use bash to run shutdown -h now (halt/shutdown) or shutdown -r now (restart)

NOTE: There are caveats if you omit "telling" an application and you include an icon path
It must invoked/run from Self Service to succeed if an icon path is used
If you run the script directly from Terminal it will fail
If you invoke the policy via command line, it will fail (jamf policy -id <id> or jamf policy -event <name>)
If the policy is called from another policy using "jamf policy ..." via script script or with Files and Processes "run command", it will fail also...

For example, this will fail when run from Terminal:

However if the above snippet is in a script that is run in a Self Service actuated policy it will succeed.
So... there's a workaround but it only works in Self Service otherwise it's got some serious downsides to consider... hope this saved some folks a few hours (that I'll never get back 😉

Having all 3 items including allowing all the Apple Events allowed me to bypass the osascript prompt @leonwun .

How do you find osascript to add to those lists?

Have you looked here?: https://github.com/jamf/JamfPrivacyPreferencePolicyControlProfiles/blob/master/JamfAppleEvents.mobileconfig

@gene.kennett run this command in terminal to find path for osascript.

I think I have this figured out. I was running into this exact problem while attempting to use osascript to remove Bluetooth devices from our loaner computers. I fixed this using a PPPC, see below:

I wasn't able to navigate to these files inside of the PPPC Utility, instead I had to open up the files in Finder and drag them into the PPPC Utility window. Add these files:
-- /Library/Application Support/JAMF/Jamf.app/Contents/MacOS/Jamf
-- /Library/Application Support/JAMF/Jamf.app/Contents/MacOS/JamfManagementService
-- (Right Click on Jamf.app and select "Show Package Contents" to get to these files)

Make sure to reference them inside of the Apple Events section as well.
Why not just add Jamf.app? I don't know. You would think that would work, but I could only get it to work by digging down to these specific files.
I hope this helps someone.

I'm seeing this message on fresh DEP/ADE enrollments when it says "enroll" wants to control system events. The enroll command is actually a tiny bash script that is installed in /usr/local/jamf , along with jamf binary, by the InstallApplication payload in the MDM profile. This script contains the jamf enroll -invitation 1234567890... and a few other commands like jamf recon.

I speculate that this could be a race condition where Jamf's PPPC profile hasn't arrived on the system when this script starts running — OR — that macOS takes too long to process the new approval.

@lparnell PERFECT! That's awesome. I ended up building a mobileconfig file version of your work and included it in my most recent project. https://github.com/franton/Mac-Patcher-and-Upgrader