I'm getting the following error message randomly on some of our iPad fleet.

All of our advertised apps are device based VPP apps. I've checked to make sure the we have enough licensing in VPP. I can't successfully pin point the problem. It will happen to one iPad and next iPad I configure will be just find installing same app using VPP. I've restore iOS using DFU mode but it fails on same iPad.

I had this exact problem last week. For me it was more sporadic. I opened a case with Jamf, and what we did to end up resolving the problem was scoping the device OUT of the Mobile App scope, cancel the pending command to install the app, and then after a couple minutes scope the device back IN to the Mobile App scope. This ended up getting the app to push out to the device. The Jamf rep I was working with didn't have an exact answer about what the cause was, but at least I had a working path to solve the problem if I came across it again. Our environment is Jamf Hosted JSS.

Had the same issue today. The error code 141 means that there is something wrong with the VPP license. I suppose Apple is having trouble with the VPP service. Could you solve the issue?

We had a single license for an expensive app and it was assigned to a user account. When we assigned it to the device we received the error that the OP reported. I searched VPP Content from the Mobile Devices tab to find the assigned user, and removed the app from their assignments. It then installed fine on the device.

We have so few of those user-assigned apps, so we didn't think of that right away!

We had this issue for the first time yesterday - at the same time I was also having a difficult time getting on to the VPP site to purchase an app. I tried again later and was able to get the app purchase to go through, so we tried reinstalling those apps and they went through fine. We got complaints that over 20 people couldn't get licenses at that time. So I would agree that it appears to be tied to the VPP service. We are running JSS version 9.101.0-t1504998263

I've been seeing this error the last few days as well. We recently updated to JSS 9.101 so not sure if that is related to the error.

We had the same issue issue. It turned out to be a filter issue. We had to unblock play.itunes.apple.com.

@MariaCruz how did you determine that? You'd think if that was something we should be unblocking we'd know about it in advance. There are IPs and domains we need to whitelist and this isn't on that list...

That being said, I haven't had the issue since October when there was also an issue with the VPP service. I know that since then there have been issues with VPP that didn't result in this error for me, and I didn't have the play.itunes.apple.com unblocked on our filter (though I do now just to see if we can keep up our 2+ month streak of not having to jump on JN to see what to do).

I don't know what the rhyme or reason is for this error, and I'm more stumped now than I was before if unblocking that random URL - which appears to be related to authorizing another computer to play iTunes store purchases - helped it go away... 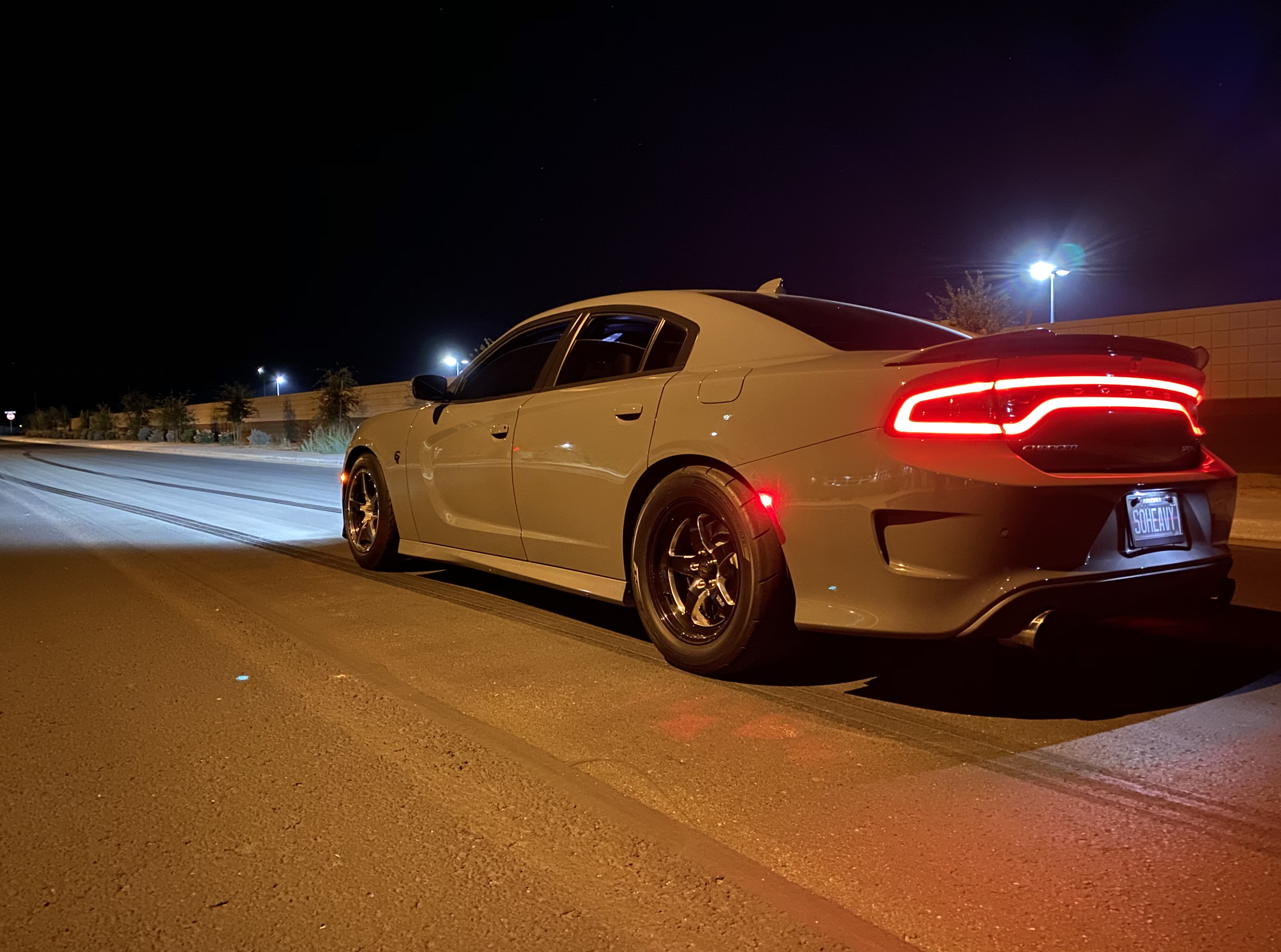 Is anyone still having this issue? I have run across it over the past week with about 100 new iPads. I tried changing the scope and deleting all the pending commands but still no dice. Every command fails under that error code. I thought this was in conjunction with the current iOS 11.3 issues but these devices are still on 11.2 with no update command pushed.

@thejenbot Did you attempt unblocking that URL? Although I don't see how that would change anything.

@Howard.Trevor I have been going crazy the last couple of weeks with app installs. I cant quite figure out the cause. I did not push any IOS update commands out.

Im running JSS version 9.101.0-t1504998263. We use device based management. The devices are a mix of IOS versions. One app in particular would try to install. If you looked at the device it was slowly creeping along and then would stop with an error. It would either say that the app needs to be purchased or to try again later. The JSS would show the SSErrorDomain error 141.

I've been making a bunch of tweaks but my latest was to remove the App Store restriction from my Restrictions profile. Im not seeing the SSErrorDomain error 141 but I keep seeing "this app is already scheduled for management" and then shows as failed in the JSS. It does install fine on some devices though. Its very frustrating.

I am also having a problem where the apps in my app catalog are not auto updating. I have to manually enter the new version and do a force update to push the app back out and update the clients.

Ive also come across some 32 bit apps trying to install on IOS 11 devices and hanging things up. I created a smart group of devices running IOS 11 and above and excluded it from the scope of the 32 bit apps I find. JAMF gave me a script to run to find all the 32 bit apps but it didnt find any. Yet I had an app that wasnt updated since 2013, so I knew it wasnt going to work with IOS 11.

@Howard.Trevor i have yet to see this come back up. i did unblock that random URL as i mentioned above, but only because i figured it couldn't really hurt. i don't necessarily think that had anything to do with the fact i've not seen it since. @MariaCruz didn't reply to my earlier question, so i'm still confused there.

the apple system status page reports everything is working properly, but if i remember correctly, at the time there were other issues with vpp being reported here on jamfnation, as well as on the jamfnation channel on slack. your issue has been over the course of several days and a ton of devices are affected, which is way worse than what i dealt with. i would reach out to support to see if they can help narrow it down. good luck, please keep us posted!!

@msnowdon Im on JSS version 10.0.0 and we are also device based. We seem to have the same atmosphere as I am also running a mix of iOS versions. I seem to be having the problem on 95% of the devices I attempt. Ive had a few successfully land after the device was manually updated to 11.3 as opposed to pushing out the update command. But that hasn't been the same on every device. Its frustrating to not have a consistency between the issues, at least then I could attempt to pin point it.

Hmm... I might try out the App Store restriction removal to see if that changes anything.

I too have to manually enter the new version and force update the apps, ive had that issue with no resolution for a few months now.

Ive got boxes of iPads that I don't even want to open yet because of this app issue. I was told that a new JSS version 10.3.1 would fix a majority of my issues but the release date I was given was "in the near future". That isn't an exact measure of time so I have no idea how long it will be.

@thejenbot Congrats on no longer seeing the error, jealousy is overwhelming me at the moment.

I too blocked the URL and had no change regarding the app downloads.

I have a few service tickets open with the only response so far being "JSS version 10.3.1 should fix quite a few of your issues" leaving me with minimal confidence and also no time line as to the release of the new version.

I will definitely let you guys know what I hear back and if it solves my problems!

Its very inconsistent. We have 1600 managed iPads and over 750 apps. Lately, Ive been troubleshooting them on a case by case basis, clearing failed command, running update inventories, etc. I even brought a device home with me and the app Ive been having the most trouble with installed much quicker.

I think I did notice an improvement in app installs with 11.3. I have contacted JAMF support a few times but they really didnt help out much. I dont think I should have to manually update the data in my app catalog.

About a half hour ago I went to check a few devices in the JSS. They were reporting as having no apps installed at all. I checked the Event Logs on my server and found several errors regarding the mobile_device_installed_applications table.

I ran a repair and optimize on the table and then the whole database. No errors in the Event Log so far.

I am receiving the same error with no resolution from jamf support. They keep sending me in different directions each time I call. I tried refreshing the apps in question, then de-scoping and re-scoping. Nothing. It seems so random. I tried renewing the vpp token. I have tried to reload the dep token but every time I try to save, it fails. I have ipads that were working beautifully that were added last fall that now won't load various apps for various reasons including error 141. I have newer (just a few weeks old) ipads that now want an itunes login just to use the ipad - they are now useless. Additionally, I can't get jamf to recognize a new ipad that is already in DEP when it hits the network - no profiles nor apps will load. I find it disappointing that the jamf status page says everything is fine. It would appear even THAT is not updating properly. I am not going to waste any more time on this until they get it fixed. I've already wasted days already.

FYI, I was able to resolve this issue by refreshing the VPP content/license for each App that is affected. I'm reluctant to do all 200+ of my Apps at once, and so have been doing it on a per App basis as they are reported.

Thank you @MariaCruz!!! Had this error pop out of nowhere the other day, could not install any apps at all on any devices. Updated VPP token, refreshed VPP content...no good

Whitelisted itunes.apple.com in the filter, updated device inventory and apps started installing straight away!!! Could not believe it!!! Not sure what changed because I rolled out 30 iPads last week with no problem at all... anyway just happy its working!