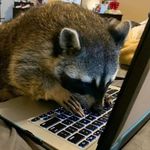 Certificates and the technologies surrounding them can be a difficult topic to understand. In this series, we’re going to break down the underlying concepts around these technologies in a straightforward, easy-to-understand way. In our first part we will cover the basics of certificates and how they work, and in the future we’ll talk about SCEP, AD CS, 802.1x, and more.

What is a certificate?

What makes up a certificate?

What do certificates do?

How do certificates work?

How are certificates used?

When Bob receives the message and decrypts it with his private key, he then sees something encrypted with Alice’s private key. He can use her public key, which he has, to read the message. And, because only Alice knows her private key, Bob knows that Alice sent the message.

Someone presents a certificate to Alice claiming that they are Bob and offers the certificate as proof.

The certificate contains the public key corresponding to what is claimed to be Bob’s private key.

Alice checks the signature in the certificate with the CA using the public key of the CA. The CA confirms that this is Bob’s certificate.

Alice now presents a software challenge to whomever presented the certificate to verify that he or she has access to the private key that was originally generated when the certificate was obtained and hence, he is in fact Bob.

The challenge answered successfully; communication begins with Charlie left out of the loop!

What is a Certification Authority?

What does a Certification Authority do?

What is the certificate chain of trust?

First, the certificate presented by https://jamf.com once again:

Next, the intermediate certificate from Amazon:

That’s all for part one! Stay tuned to learn more about some of the other technologies surrounding certificates!