Comparing Jamf Pro and WorksSpace ONE

I've been asked to provide a comparison of Jamf Pro and WS1; what can one do that the other can't, what is better on one than the other, etc.

Does anyone have anything they'd like the share or someplace they can point me to get any comparisons? 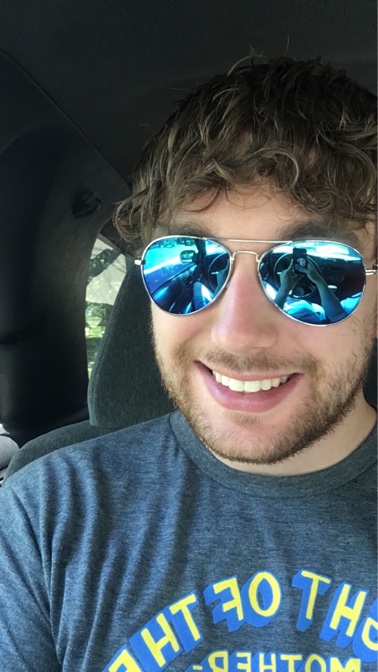 Never heard of WS1 before so can't really contribute to a comparison, but Apple Retail Stores use Jamf for managing their machines on the floor which should say something.

Is that current info? The last I heard was it wasn't clear... not that it matters... I think IBM using Jamf is a talking point..

I'm an AirWatch refugee. I've found my new home here with Jamf and haven't looked back. So now you know the source of my biased opinion.

Having said that, AirWatch/WorkSpace ONE is a great product - if you have multiple platforms to manage. Jamf Pro only works with Apple products, so there is no way to manage anything else (yet?). My problem with VMware's AirWatch was with their customer service and support of Apple products specifically. With Jamf Pro, customer service is nearly instant - chat is nearly always available, whereas AirWatch support was a ticket submission and sometimes you would not get a response within the same day or two. If you did, at least in my case, it was near the end of the day, which put another day delay in a response. Very frustrating with urgent issues. AirWatch/WorkSpaceOne used to take incident calls - up to 3 per year for emergencies, but they did away with that and went strictly to the ticket system. Not a good move to pleases customers!

As for supporting Apple products - I can site several examples, like lack of day-0 support of any iOS updates that Apple rolls out. I was told several times by VMware support about the lack of support offered in the AirWatch/WorkSpace ONE platform - "Apple doesn't share their releases with developers until its release to the public." I kid you not! I have a developer's license with Apple and they share well ahead of public releases so that excuse was bogus. Unfortunately that was the same excuse VMware support gave me when I had one problem in particular that was more of a principled issue that anything else. Years ago, when we were deep into AirWatch, everything was working fairly well, then Apple increased the security and their method of logins for GSX accounts (thats the Global Service Exchange service site to check warranties on hardware, service center, ordering parts, etc). AirWatch broke when it came to looking up warranties on assets. Gone were the reports that told us when devices were close to ending warranty coverage. Gone was the ability to use a single interface to look that information up. True, we could go to the GSX site and look up each device individually, but we used the reporting in AirWatch to keep up with that sort of information.

I opened up a ticket and three years later they still did not correct the issue - despite that their own documentation of that service said it was available, despite that I one to the Jamf discussion area and found documentation showing how to connect Jamf to GSX. Despite sharing that information with AirWatch support and being told that it cannot be done any more since Apple made the change. I just didn't like being told a lie. Mind you, this was not just one incident, or one or two technicians, but over a period of 3 years, multiple support technicians and emails. They even closed my tickets as 'resolved' early on, telling me that their next release would support connecting to Apple's GSX service.

I cannot speak to how they operate now. Hopefully they have improved, hopefully they don't operate that way with other platforms. But I have no interest in going back. Jamf has been the best move for our MDM needs. Granted, if you have multiple operating systems to support outside of Apple's ecosystem, then Jamf won't be the unified MDM solution for you, but given how well they support Apple's product, with day-zero support, its been a very nice experience.

One last comment, afarnsworth just mentioned that Apple's retail stores use Jamf for managing their machines. I don't doubt, but I can add that when I was recently with a group that was given a tour of the new Apple Campus in Cupertino earlier this year, I asked one of the Apple engineers what Apple used to manage all of their Macs. He said they use Jamf for that. So I agree with afarnsworth - it definitely says something about the product if Apple is using it.

Yeah, WS1 is the old "AirWatch". VMWare is really pushing this product to companies vigorously. They for sure are looking to unseat Jamf in the Apple space, and I've heard of some pretty aggressive sales pitches being worked.

This is something that I actually wrote to Jamf about last year - asking for some support in good comparison data to offer up to back my sense that Apple users were better served with Jamf. I got the usual white papers, but nothing that gave me solid support to fend off this move by VMWare.

I've been using both now and still prefer Jamf, but there is no arguing that VMWare are looking to make headway. I get the sense that @jmahlman is in the same spot I found myself not too long ago...
@dogden has posted some good info. Good luck. 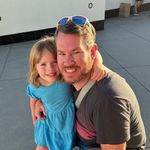 I had to do this same comparison in November of last year. Thankfully we are now a Jamf customer. There are plenty of reviews out there and both companies will spin up a trial for you. WS1 will give you a month, Jamf will give you less than that. As I had used Jamf Pro previously I was more comfortable with it, our VDI guy would've loved for us to have WS1, so it may depend on your environment.

I had no doubt about corp Apple using Jamf ... I was interested in retail Apple, but not interested enough to go to my local store. : )

I don't know if they use it, if someone heads into one they could run ' jamf help ' from terminal and see what they say. or open activity monitor and see if Jamf binary is running there. or if MDM profiles are under sysprefs. shrug

Stay away from AirWatch!!! I used it for 5 years horrible product.


Hire me as an independent contractor.
1 Kudo
Share
Reply

If you are looking for an approach how to structure a comparison there is an (old) "recipe" from 2012 MacSysAdmin Gotenburg presentation" Casper Andrina Kelly" http://bit.ly/testingmatrix (https://docs.google.com/spreadsheets/d/15umBgKAeoWbWHlHwQtTmYhyc9_05hyLwn9a4JHwihCs/edit?hl=en_US&hl=en_US#gid=0)
Of course: Criteria are not updated since 2012 - so MDM, DEP, VPP, intune Integration, Cloud, etc. are missing...

@michaelhusar Nice one 👍🏼
@dogden Thank you for sharing that one! 😲
@scottb As a Jamf reseller we're in the same spot like every other month at my company 🙄

Yeah I've spoken with a few individuals, received confirmations from both the corporate side and retail side that they use Jamf heavy on the stores. On the corporate side, we have heard that the have a home brewed type of MDM solution that they use for the offices. Interesting to see how they use/used it when they explained it but they don't typically have a third party utility doing all the management in the offices.