FUT is failing under 9.2 JSS 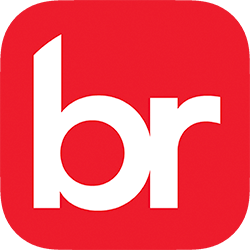 I updated and reran a pre-existing policy created under version 8.64 today. It was a handful of .dmg packages that deliver stuff into the User Template folder. All packages still have their FUT FEU settings in place when viewing them in Casper Admin, and in my policy I opted to only set the FUT option. But when the policy ran, it created actual folders in the /Users folder. It seems 9.2 is not deploying things correctly when the FUT option is selected. Has anyone else seen this and do you all think it's a bug?

I actually discovered the same issue when testing office, my documents want to default to an unrestricted folder ran that the user's document folder

@jonktg & @drowe.. I'm not quite following.. Can you post screenshots?

I'm unable to post a screen shot but what happening is the following:

I composed the application as the admin, deployed it as part of my image (office 2011). When I go to save a document, it's looking to save to the admin documents folder rather than the individual's folder hence FEU /FUT is not working and I know I didn't have this issue before.

@drowe I had seen this with a Firefox DMG someone created under the admin account.

Have you reached out to support?

@bentoms I can get some screen shots together, but I'm at an Apple Store currently and not able to get those. But what I see on all of our Macs is a bunch of new folders inside of /Users that were not there before. Each of these folders matches the exact name of a user folder in the path of my DMGs that were deployed. I created the DMGs using composer, and in Casper Admin I selected that the JSS should fill either existing user folders or the User Template. This will typically deploy the data to either existing users, the user template or both, and would not create a literal path for the data on the DMG. In this case, the JSS "DID" create those literal paths, and filled them. I do think it also filled the User Template as expected.
I decided to use a script to remove the rogue user folders that were deployed because of this bug. But I'm just trying to find out if this is a known issue or if there is some new option in 9.2 that I'm missing.

AFAIK, the files are laid as per the DMG & THEN copied to the folders under /Users/

This is why I create/rename all my DMG's under my Macs Administrator account as this is present on all of them.

did anyone figure out why this is? I've reached out to support and haven't heard back yet.

Why the FUT is not working? Firstly the application was created under the admin account and deployed. It was working. Now that I'm going through final testing, I am noticing that the admin account obviously works fine but if I login as a standard user, the documents folder is defaulting to admin documents, not the user's documents which is the way the FUT supposed to work. Nothing was changed on my end beside moving to a new version of the JSS.

@drowe, ah thanks. I wasn't sure if your comment was to what I had posted previously.

Hopefully support can get back to you soon.

@bentoms - will see what they suspect the issue might be.

@bentoms - will see what they suspect the issue might be.

@jonktg Did you ever resolve this issue?

I am experiencing the exact same behavior in JAMF 9.93 with Composer DMGs configured for FUT installations. The User Template gets populated with the desired payload data (which is expected) but the DMG payload also gets installed litterally in /Users (which not good!)