Due to the recent iOS 14.8 update scare, we asked our staff to update their devices yesterday. I created a Smart Device Group with the criteria to search for devices where iOS Version is not 14.8. When I viewed the results, devices that already updated to 14.8 were still showing up. I know this because under Settings->Device Management->Inventory Display I have iOS version checked off.

My issue is why are devices that got updated to 14.8 per the inventory display still showing up when my criteria is searching for not 14.8

Have you sent a Update Inventory remote command? I was having the same issue yesterday and that seemed to fix it.

Yes, I have tried that. I sent the Command but the devices won't inventory right away. For example, looking at one right now where I sent the command at 12:32 PM ET today and it is still a Pending Command. It says the "Device was busy. Will try again."

I found this, one user commented they needed to clear the passcode and that cleared it. I did not have passcodes when I sent the Update Inventory command.

In the past when I’ve used the searches I have always seen the an accurate search result. Sometimes I would refresh the page and would get updated iOS if it had changed  . But now the search has the incorrect results right off the bat. 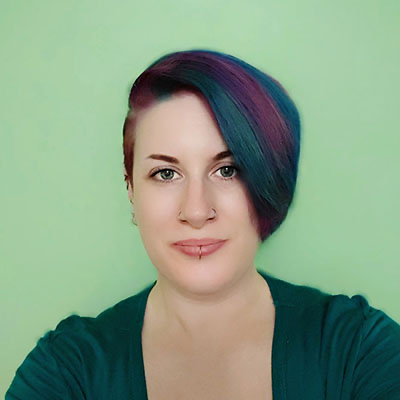 It doesn't make sense that updating inventory would fix the issue. If Jamf is showing that the device is on 14.8, it means inventory reported that. I feel like this is a bug.

There is definitely something wrong with the query on the backend. I created a smart device group whose criteria is ios Version less than or equal to 14.7.1 and am still getting devices with 14.8 installed.

Not a fix but the workaround is to do an Inventory update. I've tested this myself by updating an iPad, then going into JAMF to confirm the device still showed up in the Smart Device Group, and finally doing the inventory update.

This is still bad though. Due to the critical update to 14.8, I had to provide reporting to the business on who did not update their devices yet so management would get on people's cases so if the reporting is inaccurate the information exported out of JAMF needs to be fixed so I'm only sending to management the true devices that never updated.

Noticed this issue today. Despite having iPads updated to iOS 15.2 they are still showing up in Jamf Pro as iOS 14.7.1.

Manually sending out an Update Inventory command updates it to show up as 15.2.

This is a bug from my point of view. It should update the iOS version automatically.

Hey, I ran into the same issue and contacted JAMF support about this, their response was:

A background on what might have caused is :
- when a passcode is set on an iOS device, only some commands can go through (listed here: https://developer.apple.com/documentation/devicemanagement/implementing_device_management/handling_n...)
- a command called SecurityInfo is required for Jamf to complete an inventory update and have ALL data up-to-date, such commands can go through ONLY when a user has unlocked their device and the command lands on the machine when the user uses it while being unlocked.
- if the SecurityInfo command is received by a device without passcode or currently unlocked, alongside with the update inventory command, ALL the required informations will be forwarded to Jamf Pro.
- on another hand, if the SecurityInfo command is sent to a device that is passcode protected, only some informations will be forwarded to Jamf Pro.

It's just that the information is pulled from 2 different tables, one that updates ONLY once ALL the commands are completed (inventory display) and one that does not need the security info command to complete to display the iOS version (advanced search and smartgroups iOS version column).
If you pick an affected device, unlock it, send an update inventory command or a blank push to let the pending SecurityInfo go through, you'll see that the correct version will be reported in the inventory.

Thanks for the info. Currently seeing this issue at the moment. Seeing 2 devices appear in the smart group for IOS Version Less Than 15.4.1 but their devices are reporting they're actually on 15.4.1 in Jamf. I imagine another inventory update will solve this issue.