I've been watching the Jamf Pro 10 threads (there's a lot fewer than I thought there would be). I don't have a formal test environment so my own testing is pretty limited. I haven't seen anything that would be production halting. Some performance teething pains sure, and I expect there to be things like that with an overhaul such as this.

We have about 1,000 devices, spread out. I'm the only one in the web GUI, but IT staff all over the US and overseas access imaging and remote. The infrastructure is setup on 2013 Mac pro's - one for jss / memcached and one for mysql, and then a mix of mini's and Mac pros across the major sites for distribution points.

Thanks for posting your experience ! I've been kind of watching for posts about version 10 experiences and haven't seen many either. We have been sticking to 9.101.0 for now. I wonder how many customers have taken the big plunge ? We installed 10 into a test instance and it looks very good.

We won't probably see V10 in production till the 2nd release. My levelup at JNUC made me very uncomfortable about putting it in production currently.

We jumped in on launch day. :-) Smooth sailing so far! We have about 420 Macs in our organization. The UI is a little slower than before, but not terribly so. A few minor UI issues here and there, but overall I’m loving it!

No managed preferences, which may affect some folks..

I've been testing since Beta and all seems well.

I argued for a US Thanksgiving weekend upgrade where I work, but was told to hold it until a January upgrade window to match other publicized projects. Has anyone who has done it posted about the process or Self Service transition? Also, does anyone know how many more updates, if any, version 9 is getting? Are the config profile scoping bugs likely to get resolved?

It makes sense they removed the older Managed Preferences from the product. If I'm not mistaken, all the OSes the new version supports going all the way back are able to use Configuration Profiles. You have to go back to 10.6 to get to an OS that could only use MCX.

We're not on v10 yet. Not sure yet when we will make the jump. As we're on an on-prem setup, we can decide when to move. Those folks on Jamf Cloud hosted may not get to decide that, unless they are large enough to be on a dedicated cloud instance. A company I've been working with on their Jamf Pro implementation is on the shared cloud hosting and was told they would get moved to v10 this weekend. So starting next week I'll have a better feel for how it's working in a live production environment.

Still running 9.96 here. Had a few bumps in 9.97/.98 and when .101 came out i knew 10.x was on the horizon so I waited. We're in a need to get the server updated, so I'm kicking the tires as much as I can in our test environment. My only issue is limited number of users in test, so bugs aren't as evident until more widely distributed out. We did still push out a chrome manifest to control chrome as much as we could via 9.96, and so I'll need to redo that in order to get chrome managed.

We just got our Jamf Cloud updated to 10.0.
If you're in a space and time where there are no pressing items in your world, I'd give it a look. The UI is very different, and it looks like the old keyboard shortcuts are gone - or have changed?

We are finding the UI faster here, but it's sorta subjective, so who knows.
Nothing yet to report good or bad. It's mainly the UI shock at this point, and more to come I'm sure.
Good luck either way, @jwojda

OK, I see the shortcuts were modified, no pun intended.
[https://www.jamf.com/jamf-nation/articles/328/jamf-pro-keyboard-shortcuts](link URL)

I am not having any issues with it at all. Some pages seem to load slower, but not a deal breaker. We upgraded on launch day.

Functionality is the same for us, the GUI seems a bit slower and given my penchant for predictable routines, a bit frustrating at first, but it's growing on me. I haven't lost functionality and gained a little bit of patch management stuff I hope to test out soon.

Any updates on this ? We are still running 9.101.0 on premise. Thinking of moving forward to 10.1.1 From what I'm reading everyone seems to be doing ok except for slowness complaints. Any updates out there ?

We updated yesterday from 9.100 to 10.1.1 with no issues at all. Just make sure that the pre-requisites are satisfied and as always make some backups prior to updating in case you need to go back.

Only change I would like to see in the new GUI is darken the text a bit, more darker grey or even black, apart from that all is well.

It's ok but a little hard to read. I think it's almost too flat. As mentioned, darken the text and that may all it needs.

Once big request, can we please, please take the header section at the top of the page and lock it to not scroll. Example, on the Polices page the Name, Frequency, Trigger, Scope line and above. To me that poor UI as that is information you are always referring to. This is really true on the search pages for Computers, etc. Since those are customizable, if you change something it may throw you off for a minute.

One thing I noticed when I went through my JCT certification a few weeks ago was that inventory lists and search results in 10.x were limited to 100 devices at a time. in 9.x, we can also choose 500, 1000 or all. Was there a technical reason for capping this at 100? I really don't want to export a report every time I want to quickly scroll through our entire inventory of 550 devices.

@hunter990 that sounds like a great idea but put that into a feature request for some upvotes.

@macmanmk - see this thread. You can still browse the records, but only x about show at once.
Lower numbers are better as it can lock things up trying to show a lot at once.
I never use more than 25 to be honest as it displays quickly, and you can click the > to get to the next grouping. I imagine this might be why they did it.

I think a few of us have experienced some issues.

I was on 9.101.4 and waited for 10.2 to upgrade. I thought most of the 10 bugs would be worked out in a couple of revisions. Unfortunately, it was a bad experience for me. Self-Service on iOS became completely unresponsive. CPU usage on our db server took a hit. And for some weird reason, clicking on the management tab in the GUI on an iOS device took 5 minutes to load which was unacceptable. After a day on it, i just rolled back to 9.101.4.

Others in the article above were experiencing Self-Service issues on Mac after upgrading to 10.2 specifically.

Hoping a future release fixes more of the performance issues and Self-Service issues. I'm waiting until at least 10.3 to give it another look.

We are still on 10.0. Mainly because 10.1 had issues and our upgrade to 10.2 saw more issues so we rolled back. If I had known that we'd still be on a dot zero release in March back when we upgraded in October, I'd probably have waited. I would be just as happy right now using 9.101.0 still as I was before upgrading. Even the new features that have come out recently are still too early to trust in production.

Hoping 10.3 sees a focus on stability. 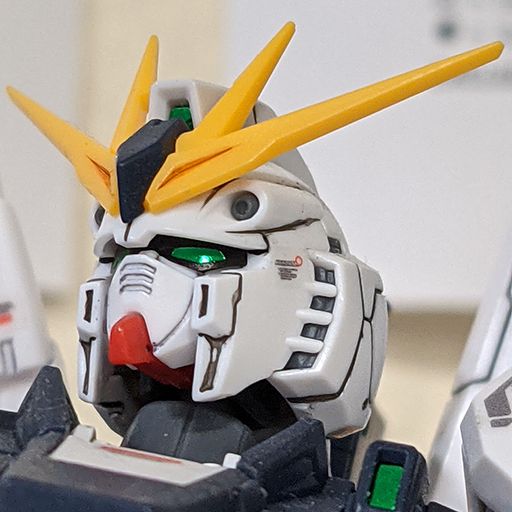 We jumped to 10.0 right away. Like most users, we found opening the management tab of an iOS device or the policy page to be painfully slow. We have our JSS on local premises.

After posting our issues with 10.0 (https://www.jamf.com/jamf-nation/discussions/26026/jamf-pro-10-slow-to-load-policies-device-management-tab), I soon realized that we weren't the only ones experiencing these issues. At that point, I slowly began regretting being an early adopter. JAMF support pointed to iOS apps that were no longer listed in the App Store could have been the culprit. Unfortunately removing them didn't seem to help.

We skipped 10.1 (we don't use MS Intune) and I heard from a JAMF rep (who's trying to sell us on the cloud solution) that 10.2 would be a performance upgrade so I patiently awaited that release.

As soon as I updated our nodes with 10.2, the CPU and memory maxed out and Tomcat would crash every 10-15 minutes. Our JSS was inaccessible to devices for about six days. JAMF suggested updating our MySQL database from 5.5 to 5.6. We updated it to 5.7. It did not help.

Eventually they realized the issue was code based and we got 10.2.1 a day earlier as a hotfix. Our JSS having 18 sites with MDM seemed to be the culprit. Unfortunately, it seems only us and another customer were the only ones that ran into this problem and that was the only way they realized it was an issue.

That fixed our JSS but I am still discovering new issues:

10.2.1 Jamf Composer freezes when you try to delete an item from a package.

10.2.1 Jamf Remote hangs for over 2 minutes before opening.

10.2.1 Jamf Recon times out when trying to connect to the JSS

We have over 6K Macs and 4K iOS devices so rolling back is not an option. It's disappointing and frustrating to be experiencing these growing pains with JAMF Pro. I have to be really certain the next update will not brick our JSS when it rolls out. How I will determine that is beyond me.

@zinkotheclown, sounds like we have similar environments and had similar symptoms after upgrading to 10. We have over 11k iOS devices and over 2k macs with 24 sites in the system.

We've had a major database performance issue in the past after an upgrade. Jamf support's solution was to always look at number of smart groups and old apps not longer available in the app store with VPP licenses trying to assign. Though those things were never causing issues prior to upgrades and haven't been since. After trouble shooting with Jamf for two weeks I found a solution. At that time, downgrading wasn't an option because we waited too long trying to troubleshoot the issue.

That's the reason why at first sign of trouble with 10.2, I immediately downgraded back to 9.101.4 . I didn't want to have an unresponsive JSS and Self-Service for another week or two while Jamf support tried to troubleshoot the issue.

It seems that InnoDB conversion of the database should become a prerequisite before adding additional load to it in 10.x via Patch Policies...