I've been getting a notification that Microsoft Teams v330874 is available on my Jamfcloud instance for the last couple weeks, but can only find v328778 on macadmins.software and Microsoft's website. Anyone else having this issue with patch management or have a reliable download source for the newest version?

Each time you see a new version, just change the number in the URL to match
Heres the current one.
https://statics.teams.microsoft.com/production-osx/1.3.00.30874/Teams_osx.pkg

Each time you see a new version, just change the number in the URL to match
Heres the current one.
https://statics.teams.microsoft.com/production-osx/1.3.00.30874/Teams_osx.pkg 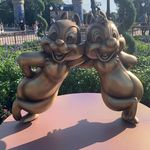 While I think I liked initial concepts with Jamf's patch management, there is a lot to be desired. Especially when it comes to maintaining the apps they have rolled out within the tool. Some of the apps aren't updated for weeks or a couple of months. It's like, come on Jamf, if you are going to roll out something to make our lives better, you better stick with it, especially if this topic is patch management. Otherwise, leave it out completely so we don't rely on it as a feature. Teams was last updated in patch management in Sept!!

Thanks for the tip about Teams downloads, @garybidwell.

@mconners - Remember that Jamf bought Kinobi back in September. I interpret that as a good sign for the future of patch management in Jamf Pro and I'm eager to see what effect it has.

Same here, have been trying to get the latest for about a week, but kept downloading the older version. However tried the link Gary provided above and was able to download v330874. I will bookmark it for future use and just change the version accordingly.

@jefff @mconners We've been using Kinobi for all our definitions ever since they set up shop, due to the same issues you mentioned with the general upkeep of Jamf's own definitions.
Kinobi's service and support been constantly reliable and have continually kept updated, so im sure we'll see vast improvement soon to patch management now they part of the Jamf family and are dedicated to this area of functionality.

Thanks @garybidwell here's hoping things will improve. As it is, it is hit or miss at best most of the time.

@garybidwell is there a rule about getting to the link you provided (to download the latest version when Microsoft's website doesn't allow downloading of the latest version)? I'm assuming the link you provided is only good for 1.3.00.30874, so when a newer version comes out it won't be valid. I tried going to https://statics.teams.microsoft.com/production-osx/ or https://statics.teams.microsoft.com/ and neither page loaded.

@el2493 no rules that I know of. The repositories only get created when there's a new slow or fast insider build of Teams but I have not found any documentation of when Microsoft decide to make a build available or take one of these builds and mark its release as a final build.
As we don't allow Slow or Fast Insider builds in our production environment, we do know that if we see jamf patch reporting a "unknown" version and this version is higher that listed in patch management, then this is a build that has been released by Microsoft themselves to our our fleet.
If you then take this version number reported in "unknown" just change the number within the URL to match to get the link for this release.

I've been finding recently that a new Team's release can show up randomly on our environment up to 2 weeks before its listed as a download under macadmin.software as a GA release
As we have no control over when our user get this push directly from Microsoft via the Teams automatic update, we take lead and use Jamf patch management to force the update to all users so they are all on the same version as soon as we know its released into the wild.

@garybidwell thanks for your response. We had been dealing with a support ticket with Microsoft Support regarding Teams, and they kept telling us we had to get the latest version of Teams in Jamf. We normally use AutoPKG with a Teams recipe, and when I ran that it didn't find any newer version that what was already there. I asked them if the "newest" version they recommended was some sort of an interim update (where it could only be obtained through autoupdate and wasn't available as a standalone PKG) and they said no and sent me a link to their public Teams download site. When I downloaded it and looked at the installer PKG with Suspicious PKG it was still the version that AutoPKG found. Eventually Microsoft linked to this Jamfnation post and said to download the latest version using your link, and later they grudgingly agreed that it's kind of an interim update and that downloading the publicly-available PKG and then relying on autoupdate to update it to the latest version would be fine.

I was asking about some sort of standard link for download to see if I could re-write the AutoPKG recipe, but understand what you're saying about the statics.team links not having any way to do that (since there's no way to discern the link until Microsoft announces the version)

Yes I know the frustration, all my packaging uses AutoPKG where possible. Unfortunately the standard link for a recipe should point to macadmin.software like all the other Microsoft macOS releases.
The "Teams" team really need to get their stuff together and post it on macadmins.software at the very same time they pull the trigger to release through their auto update mechanism.

Theres no reason why they cant do it this way, as I cant's speak highly enough of the "Office" or "Edge" teams at Microsoft. Their release are like clockwork and you never need to jump through hoops to get the lasted GA release of any of the Office applications.

Just a heads up ive just seen v333671 hitting our fleet today within the last hour (again un-announced by Microsoft that this is a GA release)
macadmins.software is due to get updated tomorrow with the Office 16.44 updaters, so hopefully Teams will also get finally updated to the new current version as well at the same time.

If not it can be downloaded from the following link
https://statics.teams.microsoft.com/production-osx/1.3.00.33671/Teams_osx.pkg 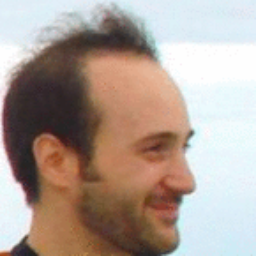 Thanks @garybidwell for that heads up.
Why does MS keep the Teams version shrouded in such mystery?

None of them point to the same place or yield a consistent version.
Sigh.

So I'm hitting this, and am super confused.

Downloads the previous version to what Jamf claims is the latest. So either someone at MS didn't upload the latest PKG to the right spot, or Jamf has the wrong version listed for "latest" and is showing an insider track build. 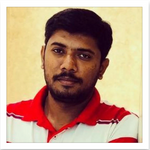 @mani2care that would work, but you would have to constantly update the code/script whenever a new version came out (because that would only download 1.3.00.4460). Might be better to rely on AutoPKG which won't always download the latest version (since it's taking it from the default Teams site) but shortly after downloading it the app should update to the newest version.

Maybe they should co-operate with MacUpdater OR have a look in the JAMF Nation Third Party Products Section where several JAMF User keep Download-Links for the latest Updates available.
OR
Microsoft should finally integrate Teams Updates via Microsoft's AutoUpdater!