We just started using Papercut for our printers. At this same time, we purchased all new HP printers. I used the Papercut article for mapping the printers to our iMacs https://www.papercut.com/kb/Main/UseJamfProToDeployPrintersOnManagedMacOSDevices
This script works well in Jamf to push out the mappings, except the clients are not using the proper driver (printer kind says "Unknown-AirPrint). So basic black&white printing will work, but users are unable to change any settings on the printer such as color. It looks to just be using a basic AirPrint driver. HP doesn't have any basic drivers to put on the machine as the new way of printing is to use AirPrint which is driverless. If I use the HP utilities to search for a network printer and map manually, it works fine (printer kind says "Secure AirPrint"). Wondering if anyone else has come across this and if they found way to rectify.

Manually install the printer and then use jamf admin to add it to your printer list in your JSS and map it that way. I recently went through this with Konica Copiers and it went pretty smooth.

Do you use Follow Me? I ended up writing a script to make our Follow Me configuration work the way I wanted to.

@jeisenzimmer I do. I just added the queue on my machine and then imported it with jamf admin. Doing it that way makes cleanup easier later on as you can just have a policy for the printer to "unmap" it if needed. 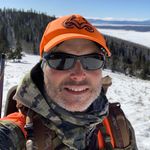 Jumping on here to share my experience with a new papercut setup -- so glad I found this thread.

We are installing certain Papercut printers via Jamf -- our virtual Print-Release queues. We are currently using Papercut v20.0.2 and Mobility Print v1.0.2916

I used the script found in the Papercut knowledge base article mentioned in the original post above:
https://www.papercut.com/kb/Main/UseJamfProToDeployPrintersOnManagedMacOSDevices
In the article jump down to the steps.

I made a few additions to the script just before the #CleanUp stage:

Hi, I'm everpeicanceign the same issue. Script works great and have a nice GUI dropdown for the user to select which printer they want. However when it gets added via the ipp2ppd command it installs it with a Unknown-AirPrint and functions are limited. Did you find a resolution?