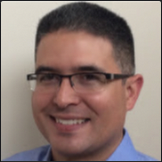 I'm trying to move my distribution point from an SMB share on Windows server to an AFP share on a SAN connected to a Mac Mini. I'm trying this because I'm running into problems deploying CS 5.5 AAMEE packages from our Windows server. It appears the file path is too long for Windows Server to handle. So I'm trying my luck with Mac Server.

How do I get Casper to recognize and use my new AFP distribution point?

Have you seen this?;
Deploying Adobe CS5 or CS5.5 Packages Created with AAMEE
https://jamfnation.jamfsoftware.com/article.html?id=161