ZOINKS! The new job board?!

As someone who's recently change organizations from being company A's Jamf Admin to Company B's Jamf Admin, I'd been pretty used to checking the Job Board every few days. It was an effective and easy to use board. Position, Company, Location, and date posted.

The NEW board, however, has basically none of that info on it (unless I'm grossly missing something)? The simple, at-a-glance info is gone.  Having each column sortable was very handy whether you wanted to sort by date (can still do) or by company (can't do anymore).  Also the I think the search feature has been reduced, where previously I could search just the contents of the job board (say looking for jobs in Florida I could search "FL" and quickly/easily get results just for jobs) but now it's searching EVERYTHING?

The existing job board format doesn't seem to have matched the global upgrade.

Hey I just noticed this thanks to your post. I too used to be an almost daily viewer of jamfnation (although not necessarily the job board, but if I saw a posting in the forum list that piqued me I'd go over to see what else I'd missed.)

The new community site sure looks nice, but overall it suffers a from serious reduction of information density and usability. From what you just mentioned about losing the list view of jobs showing position, company name, location, date posted to the overall format that seems to emphasize the user icon and buttons for kudos/share/reply buttons over the actual content of their messages, as 1/3rd window lost to the right sidebar of related topics, this new format is a turn off for and old timey user like me. I would hope this looks better on iDevices because on desktop browser there's far too much wasted space, the information density of visible content is down from something like 75-50% to 40-15% of a window.

I've only been on the new job board for like 5 minutes now and I've already come across two postings here that have nothing to do with jobs.

I suspect, Jamf is going to be limited with what the new discussion board software lets them do. I suspect it wouild involve quite a bit of work to get it back to what it used to be:
1. They would probably need to create some sort of custom form to have job posters fill out the information.

2. They would need to create a way to translate the information in the form into a job posting in Job Boards under the user's account.

3. They would need to make Job Boards read-only.

4. They would need to set an expiration for postings or a system for job posters to have the postings removed after a job has been filled.

5. The searching functionality that allowed us to filter by location that we used to have in the old Jamf Nation most likely will not coming back at all.

I suspect none of this is trivial and given that it's not the main functionality of Jamf Nation, we can probably expect to not get much action on this. I hope to be wrong.

This is my first time back to the Job Board after the 'transition'. I find it horrible. The Summary descriptions are formatted very badly, words running and category phrases running into each other, URLs thrown in that are inactive. Very poorly laid out. I hope this will be addressed to make navigation and summary presentation useful.

I agree, the changes to the job board, obviously didn't consider it's function and the value it provided previously. It also wasn't maintained properly in it's previous configuration. I suspect it won't get any better.

This is unfortunate. Anyone reading this, if you post a new job availably, will you include the location in the title? 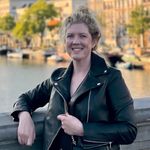 Thank you all for your feedback about the Job Board. If you'd like to chat in person, you can join me in a JNUC braindate.

Thanks to those who came to the session!