I have one student out of two thousand whose iPad has decided to delete Self Service and several other apps from the iPad randomly. When I check the history of the iPad there is no record of the apps being deleted. I have switched the student to a different iPad and have the same problem.

Now, I know what you are thinking. The student must be deleting the apps herself. I haven't ruled that out, but she and the teacher both swear that she is not deleting the apps. If she was deleting them, wouldn't that should up in the history in Jamf Pro? I have also prevented app deletion on her iPad. Yet the apps keep disappearing. It seems that they reinstall when the iPad checks in.

The iPad is a 7th gen iPad running iOS 14.3. iPads are tied to users through LDAP and we use Smart Groups to determine app scopes. Self Service is assigned to all users and devices. I have never run into this issue before and not being able to solve is driving me insane.

Confirm the user info is the same in LDAP and in the device record.
Check that the group/building/etc membership is shown in Jamf user record.

If she was deleting them, wouldn't that should up in the history in Jamf Pro?

Not reported in Pro, but Jamf School does flag app deletions by the users. If the app were removed by a scope change or tapping remove in SS then it would be recorded in the management history.

What about other management aspects of the device i.e. are config profiles tied to the same smart group the apps are? If the app deletion setting was enabled before this issue cropped up then you have some ldap gremlins or she may be monkeying with the date and time. I'd dig into whether she's dropping off your smart groups.

Confirm the user info is the same in LDAP and in the device record.
Check that the group/building/etc membership is shown in Jamf user record.

I found one instance in AD where the student's name was off by one letter in the Display Name. I made the change and will see if that takes care of the issue. Thank you for the input and suggestions. I will update tomorrow and mark solved if the problem appears to be resolved. 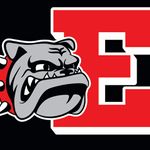 Have your ever solved this mystery ? I have a student that is having the same issue seesaw app just installs and then 5 mins later it’s gone ? Only one student out of 8,000?

Enroll another iPad with the same settings (credentials) as the affected device.

Confirm the device is part of the same smart and static groups.

Is it remotely possible the user is deleting the app?

I gave the student another iPad and he installed seesaw after 5 mins it disappeared. So instead of putting it in self service I had it automatically install on the iPad homescreen and it stayed. Still have no clue why it’s happening .