Trying to get an EA to report if homebrew is installed so I can scope a GIT update.

I only get "brew not installed"

$? returns the error code for the last command, not the result printed to stdin. It will never return the file path. 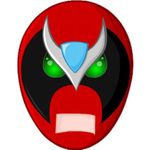 @ammonsc your test command does not work because the output of "$?" is always an exit code (i.e., an integer...)

It is correct that "$?" captures the last command's exit code in the current shell. You may not get the result you intend when using "$?" in a Jamf extension attribute script because EA scripts always run as the root user & because commands may be running in a subshell. Shellcheck also advises against using "$?" in test commands this way.

@m_donovan using the which built-in (zsh) or the /usr/bin/which binary (which still exists but is no longer the macOS default...) for something like this is a good idea, however, the above could never work because the which commands reads the current user's $PATH variable...

When Jamf runs an EA script that includes the which command it will only be able to read the root user's $PATH  unless you do the following: