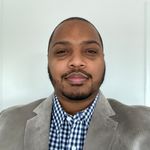 Does anyone have Nudge experience? I would appreciate some help to get it set up. :)

I am probably unique, I have never found nudge to be useful. I tend to be more heavy handed with my management than most admins are though. Nudge does just that, it nudges users to do the thing. There is no forcing behind nudge.

For something like OS updates, I do the following.

Would you mind sharing your config setup? I am currently trying to set up mine but having some issues getting nudge to launch on my test machine.