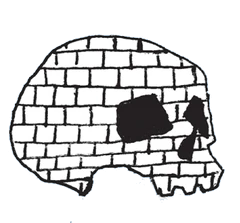 Background: I have a test Big Sur VM in Fusion enrolling via ADE in to a Jamf environment. A PreStage package is configured to install Jamf Connect and DEPNotify at enrollment; they both install without issue. The script for DEPNotify executes and calls a policy in Jamf to start DEPNotify and do stuff, among that processing an array to install various apps. The logic associated with the array is using the Jamf binary to call specific policies in Jamf that in turn install apps such as Outlook, OneDrive and such. It's a fairly standard approach.

Here's the problem I'm facing: sometimes apps just... don't install. They download and I can see them in the JAMF/Downloads folder; /var/log/install.log shows no errors associated with the app (typically only two lines, one starting with Product archive and one indicating the PKG that was downloaded); and the DEPNotify logging shows the policy being called correctly. But that's where it stops. And it's almost never the same app: sometimes enrollment works flawlessly and everything installs and sometimes it gets maybe two apps in and the whole thing just grinds to a halt. I want to point to Big Sur as the issue as I don't recall this happening in Catalina but I'm perplexed and I don't really know what to look at next to try and fix this. Any help or pointers would be greatly appreciated.

install.log filtered to show that OneDrive downloaded but never installed